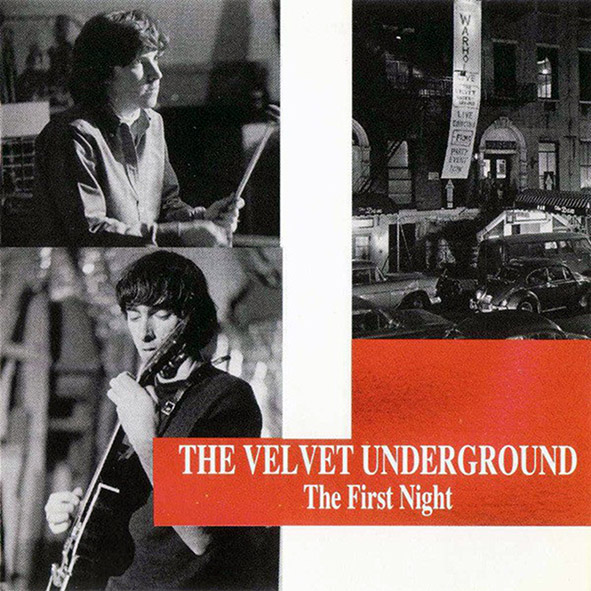 
Hi VU fans,
after i have remastered the second night i came back to fix the first night, too.
I have done phase, speeed and level correction. There were numerous drop outs and digital glitches on those 2 discs, i have fixed or minimized most of those. In the end i did new EQ.
I have also changed the last tracks here.
Since "Sister Ray" from this night (18/10/69) was on Live At Cole End bootleg (that i have already remastered), i have used here the version from second night 19/10/69 (incomplete)from "True Rock n Roller" bootleg. After that i have added End Cole Ave Jam, also from second night.

Red velvet pouch with Andy Warhol sticker. First issue is a limited numbered edition of 1000(?) copies. It was also issued in a purple velvet pouch (limited to 30 not numbered copies), and also some in green pouch. Reissued in 1994 without number.

Fierce Pup VU fanzine says: "Those of us who picked up End of Cole Ave. last year were teased in the liner notes with the future availability of the first night's recording. Well, it's here; another fine product by the Italian Aulica label. This 2CD set is beautifully packaged in a red velvet, or is it flannel, pouch, and includes the entire first set at the now famous Texan watering hole. It scooped the Mainline box with the bonus 'EP' cuts from the Loaded sessions. Among these trax is the never before heard Countess From Hong Kong, as well as a radically different country version of I Found A Reason complete with harmonica and twangin' ghee-tars? These tracks do sound much better in the Mainline set." (ed note: Hmm... I don't agree with that, I prefer the 'uncleaned' versions)
The Velvet Underground, Vol. 2, © 1994 Fierce Pup Productions, courtesy of Sal Mercuri.

Quote
gomper076
Thank you. Another one I always come across but never downloaded. I'm gonna listen now for sure.

And this time you`ll be able to actually hear some music. This one was so "covered with mud" you could not hear the music, it was like if someone has put the fat blanket on the speakers.Not to mention all the drop outs and digital glitches i recovered.