Goto Thread: Previous•Next
Goto: Forum List•Message List•New Topic•Search•Log In•***Print View
POST: Mick TAYLOR & Carla OLSON series Vol 03 - The Roxy (L.A.) - 04/03/90 (second show)
Posted by: StonyRoad ()
Date: February 19, 2021 10:39
Carla OLSON and Mick TAYLOR
‘Live’
This project was born after discovering the new ‘Best of’-LP by Carla OLSON and Mick TAYLOR. This release, as a novelty, used the end of a version of "Sway" ... which was already circulating among collectors: this version taken from a bootleg is in even lower quality. So we decided to publish this collection of recordings that are circulating. Who knows, maybe another version of "Sway" will be used for the next 'Best of'?
Thanks to the original recorders and especially to nzb and Jaap (Stonesmuziekfan) who provided me their recordings, gave critic and advice regarding my work … so without whom this project wouldn’t have been possible!


This recording is different from the soundboard used for “Too Hot For Snakes/Ring Of Truth/Live At The Roxy”. It’s an audience recording and with the complete show!
The soundboard was helpful to readjust the speed: nzb’s recording had to be decelerated by -2%.
‘You Can’t Move In” was cut in two parts at 2’50 and MT's solo was missing, now the song is rebuilt with a 30 seconds patch coming from the soundboard version (I did my best but of course the transition is raw).
Note a fade in/out between the encore break.


As usual all the infos are taken from The Mick Taylor’s Complete Works Database by Nico Zentgraf: [www.nzentgraf.de] 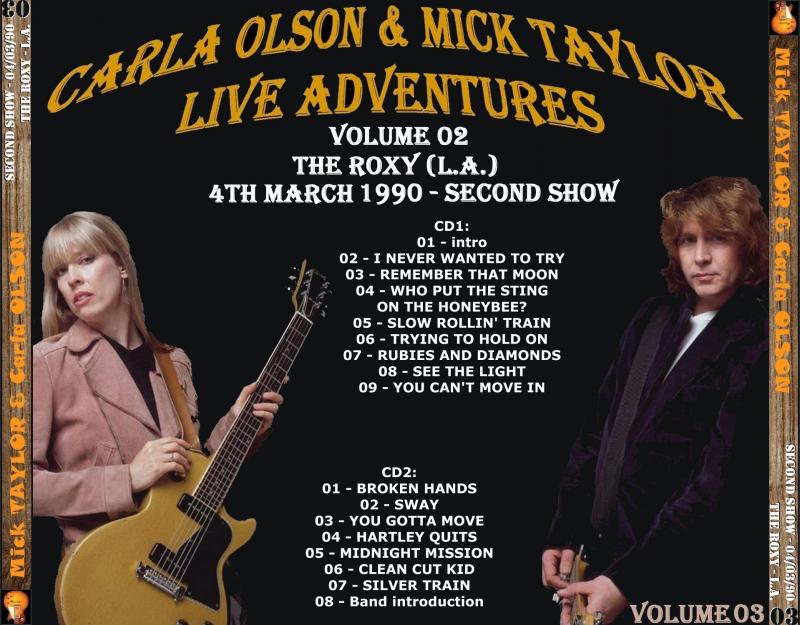 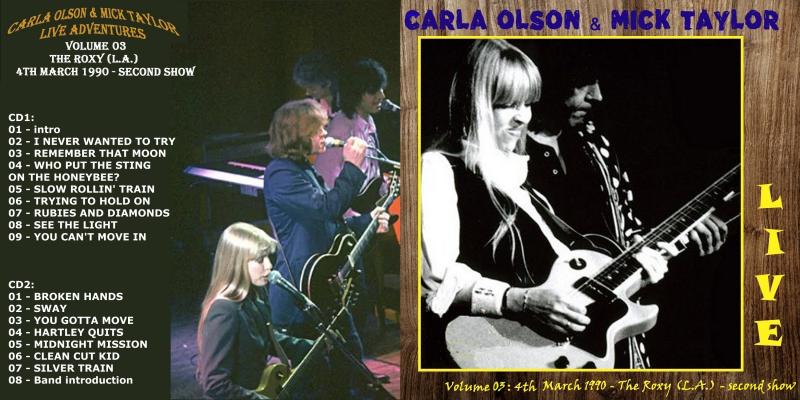 thank you for your great work.
I really love it.

A little misprint on back cover.
On the center must be Volume 3.

thank you for your great work.
I really love it.

A little misprint on back cover.
On the center must be Volume 3.