Goto Thread: Previous•Next
Goto: Forum List•Message List•New Topic•Search•Log In•***Print View
Goto Page: 12Next
Current Page: 1 of 2
POST: The EMOTIONAL RESCUE SESSIONS - Vol 01 (FP 086)
Posted by: StonyRoad ()
Date: January 16, 2021 11:20
EMOTIONAL RESCUE sessions
Presentation, objectives and thanks:
After “Undercover”, “Tattoo You” and “Some Girls” here you’ll find the “Emotional Rescue”-sessions.
The original idea was to collect all circulating versions of the tracks used for “Emotional Rescue” and the sessions from this era (January 1978 to January 1980).
As for the previous project I did two versions: one with the untouched tracks and another one with my DIY... always with the idea in mind that you can keep only what you prefer. For this compilation I left out all the versions that were used for official releases.

As usual I decided to post this project in volumes of two CDs: the first CD of each volume containing the untouched versions and the second CD my DIY.

I used Nico Zentgraf's Rolling Stones Complete Works Database a lot: [www.nzentgraf.de] of which I tried to respect the chronology and the order of the proposed versions. It was not always easy to spot the different versions; the result is not perfect and surely may be criticized. It's possible that I made (I certainly did!) mistakes... I thank you in advance for helping me to find and correct them. Don’t forget that all this is done for pleasure and passion...
I also used the Rolling Stones Bootleg Database: [www.dbboots.com]
I thank them warmly and also my partners in crime Enrique, Jaap and nzb, for their advice and revisions!

Notes:
- When I just write «reworked» it means it’s duplicated and the difference is minor.
- Concerning the speed: I only checked and corrected the speed for the tracks existing as official. Of course it’s possible that the speed of the recordings was changed in the post production!

PART I: The tracks from the original album
Volume 1: 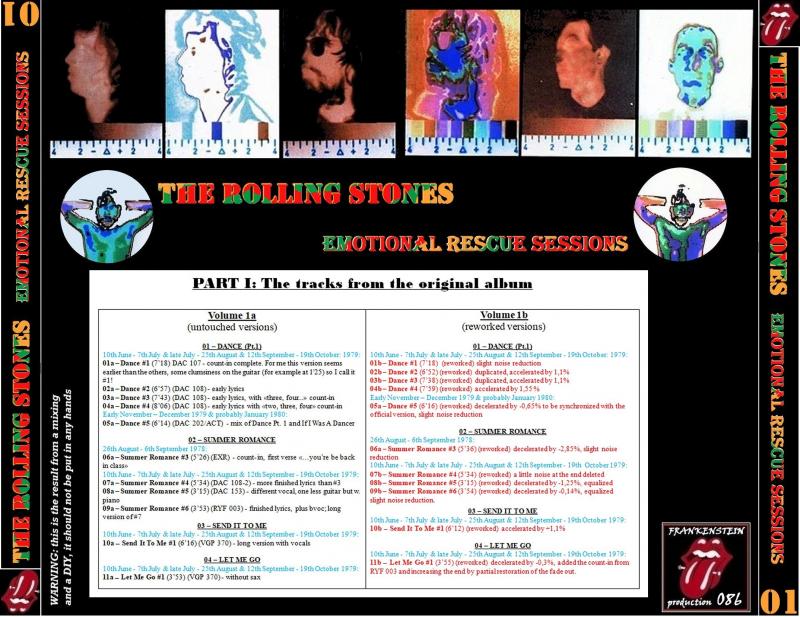 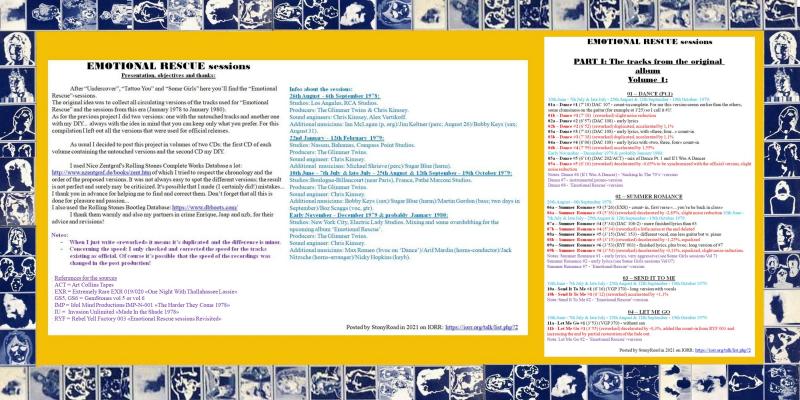 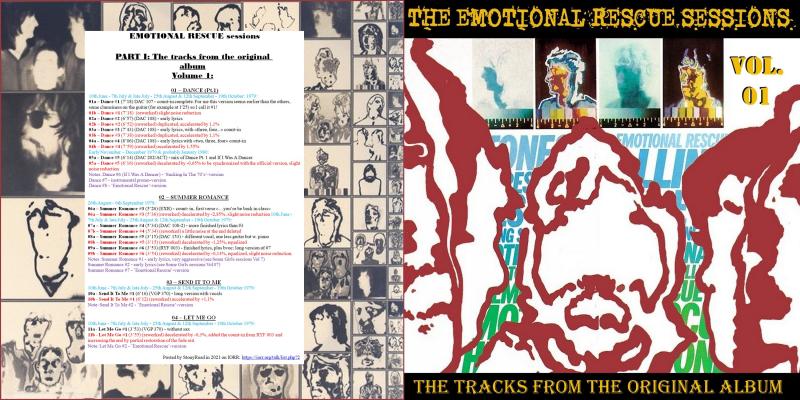 
nice idea
Options: Reply To This Message•Quote This Message
Re: POST: The EMOTIONAL RESCUE SESSIONS - Vol 01 (FP 086)
Posted by: Quique-stone ()
Date: January 19, 2021 05:26
Again a wonderful work and lobour of love!
Thanks a lot Norbert!
Cheers!