Our versions were coming from the same recording but not the same transfer: I did a mix of both.
Nzb’s version was better for the first CD although a little saturated in the non musical parts.
In the intro I deleted some microphone noises.
This version was also better for the 4 first tracks of CD n°2. It was necessary to rebalance the channels: +10% or 20% for the left channel.
“Goin’ south” was cut in two parts: they’re now reconnected (at 12’56) and some little defaults are deleted.
The last two tracks were better on our version (after channel rebalancing +20% to the left) and a sound amplification (+2 db).
As usual all the infos are taken from The Mick Taylor’s Complete Works Database by Nico Zentgraf: [www.nzentgraf.de] 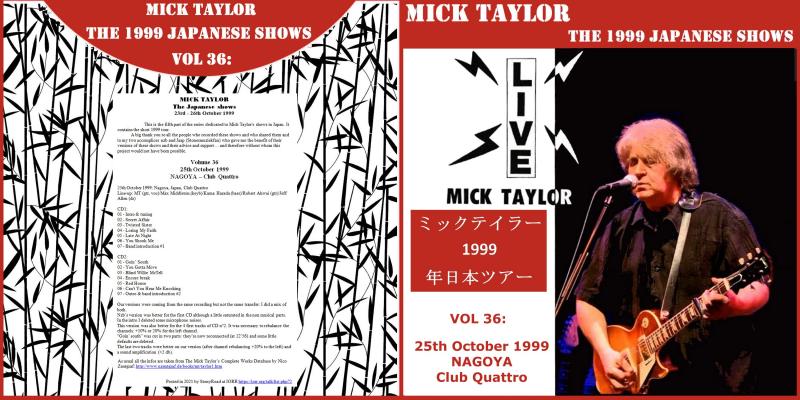 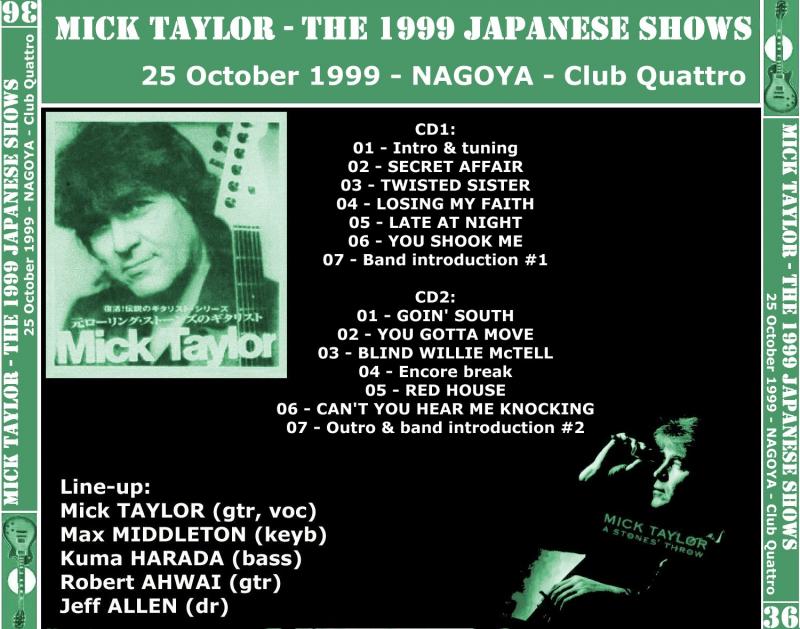