A soundboard recording : I equilibrated the channels, reworked the beginning of the tracks so now they start with the song.
I deleted digital noises at 6’12 in « Little Red Rooster » and at 1’06 in « Stranger In This Town » and also some microgaps between the tracks.
Two segments from « Promised Land » had a very low left channel : I used the right one and duplicated it to re-equilibrate. (Note that Mick Taylor does not play on « Promised Land »…. probably it was his cigarette pause!)

The biggest problem was in « Boogie Man » with a 2 seconds gap at 2’05 : I used a patch coming from the next verse and the result is imperceptible : I’m very happy with this patch.

An excellent show to finish this short tour. The only regret is that « Goin’ South » and « Jumping Jack Flash » are incomplete. 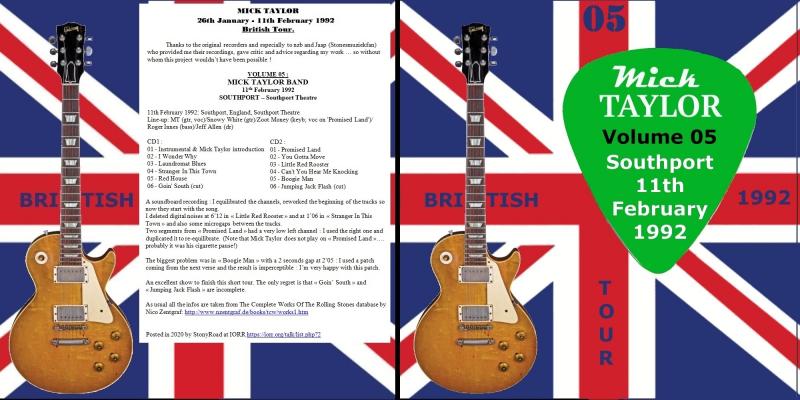 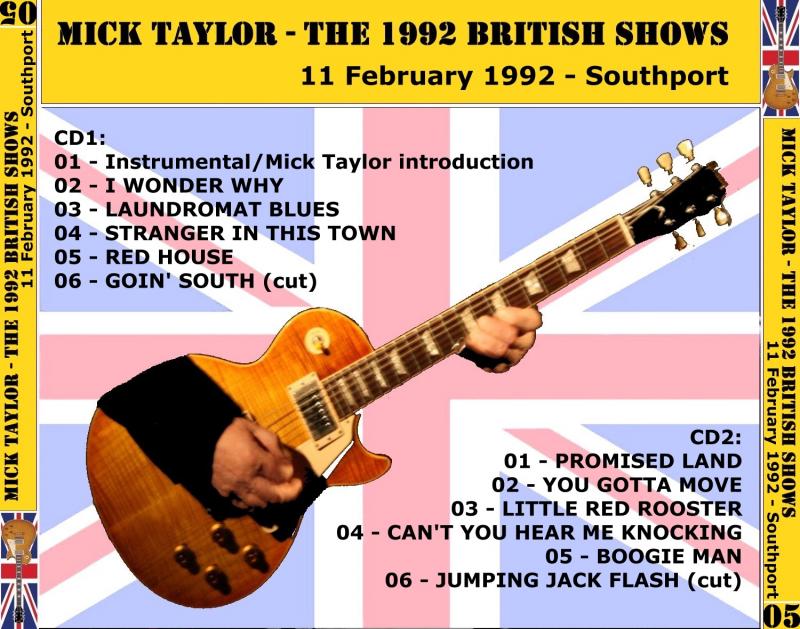 Quote
smokeydusky
Thanks yet again!

Whose source did you use for this one?

In fact all our versions were the same! so it's the common circulated source (see the doc file)
About "Some Girls" you will get it in November
Options: Reply To This Message•Quote This Message
Re: POST: Mick TAYLOR 1992 British Tour series - Vol 05 - 11 February 1992 - Southport
Posted by: smokeydusky ()
Date: October 20, 2020 09:01
Thanks again!