This series is dedicated to another Charlie Watts sidestep: The Charlie Watts Orchestra.
All song titles were not identified yet... any help is welcome!
Thanks to the original recorders and especially to nzb and Jaap (Stonesmuziekfan) who provided me their recordings, gave critic and advice regarding my work … so without whom this project wouldn’t have been possible!

Like in the first set, only nzb’s version was lossless! I amplified the sound a little bit (+ 2db) and reworked the intro and outro from the show.
« Prelude To A Kiss » is cut in two parts reconnected at 4’02.
There was a gap in « Jumpin’ With Symphony Sid » at 8’09 which now is fixed and « When You’re Smiling » was cut (at 8 seconds) in two parts - now both parts are reconnected again. 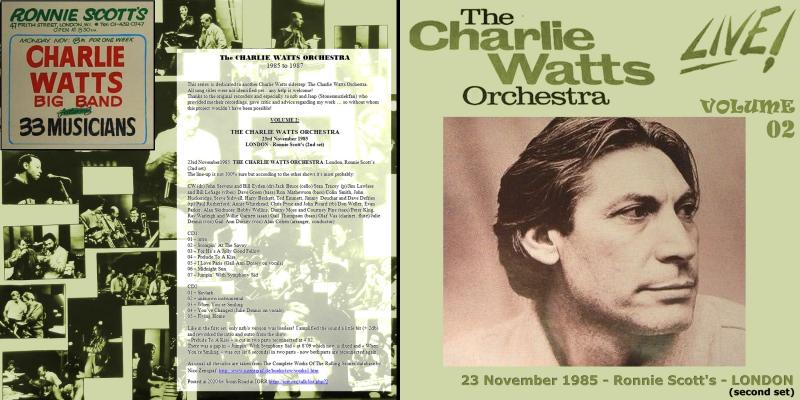 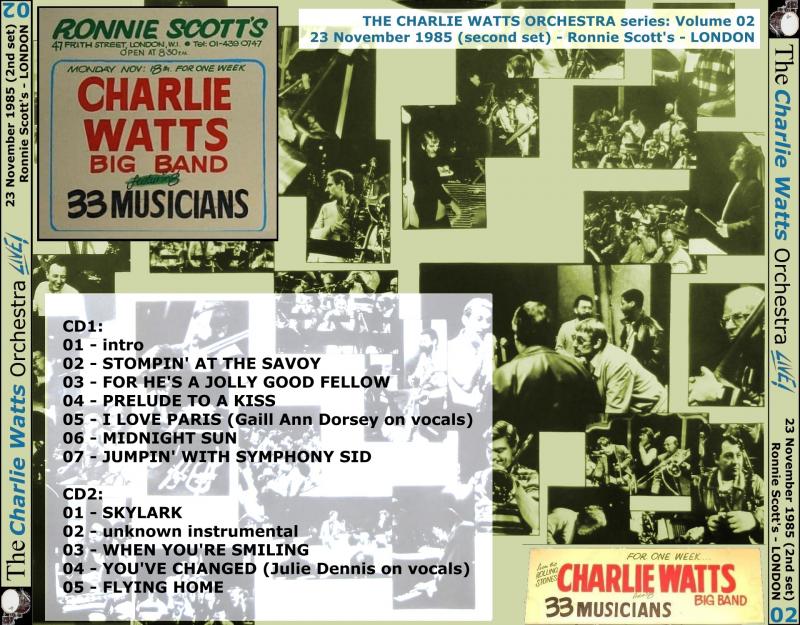 Thanks. On CD 2, track 02 is Hoagy Carmichael's composition "Stardust." It features a baritone saxophonist.
Options: Reply To This Message•Quote This Message