This series is dedicated to another Charlie Watts sidestep: The Charlie Watts Orchestra.
All songs titles were not identified yet... any help is welcome!
Thanks to the original recorders and especially to nzb and Jaap (Stonesmuziekfan) who provided me their recordings, gave critic and advice regarding my work … so without whom this project wouldn’t have been possible!

Our versions were coming from the same source but nzb’s one was more interesting because it’s lossless and more complete (the two first songs were missing on our version and added by mistake on the second set!)
I amplified the sound a little bit (+ 2db) and reworked the intro and outro from the show.
« Flamingo » was cut in two parts at 5’24 – now they’re reconnected.

As usual all the infos are taken from The Complete Works OfThe Rolling Stones database by Nico Zentgraf: [www.nzentgraf.de] 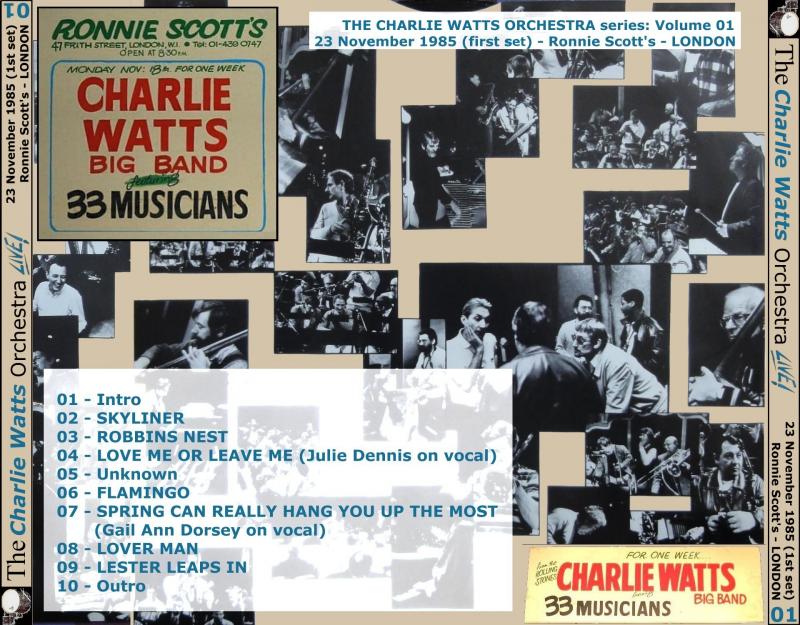