Goto Thread: Previous•Next
Goto: Forum List•Message List•New Topic•Search•Log In•***Print View
Goto Page: 12Next
Current Page: 1 of 2
POST: TATTOO YOU Early Takes - Vol 1 (FP 072)
Posted by: StonyRoad ()
Date: June 22, 2020 12:58
TATTOO YOU early takes
Presentation, objectives and thanks:
After uploading the “Undercover”-sessions project, "Mick Stone" asked me to rework some “Tattoo You”- tracks
Because there weren't regular “Tattoo You”-sessions, as this album was created with reworking and finishing outtakes of previous albums, the idea was to collect all circulating versions of the tracks used for “Tattoo You”.
As for “Undercover” I did two versions: one with the untouched tracks and another one with my DIY ….always with the idea in mind that you can only keep what you prefer.

For this compilation I left out all the versions that were used for official releases.

I used Nico Zentgraf's Rolling Stones Complete Works Database a lot: [www.nzentgraf.de] of which I tried to respect the chronology and the order of the proposed versions. It was not always easy to spot the different versions; the result is not perfect and surely to be criticized. It's possible that I made (I certainly did!) mistakes ... I thank you in advance for helping me to find and correct them. Don’t forget that all this is done for pleasure and passion....
I also used the Rolling Stones Bootleg Database: [www.dbboots.com]
I thank them warmly and also my partners in crime, Jaap and nzb, for their advice and revisions!
Posted by StonyRoad in 2020 on IORR: [iorr.org] 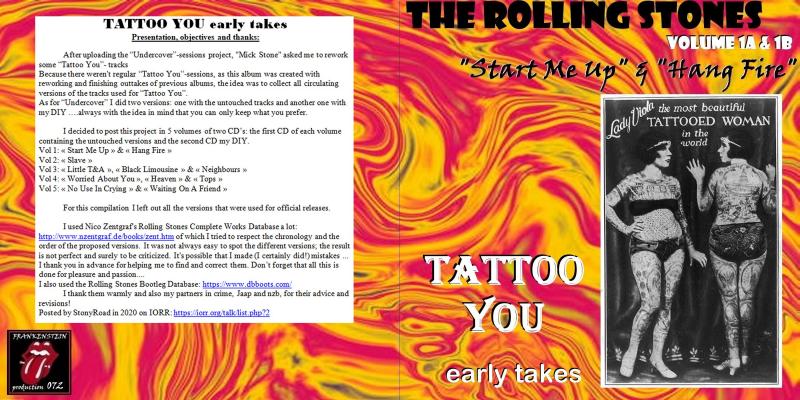 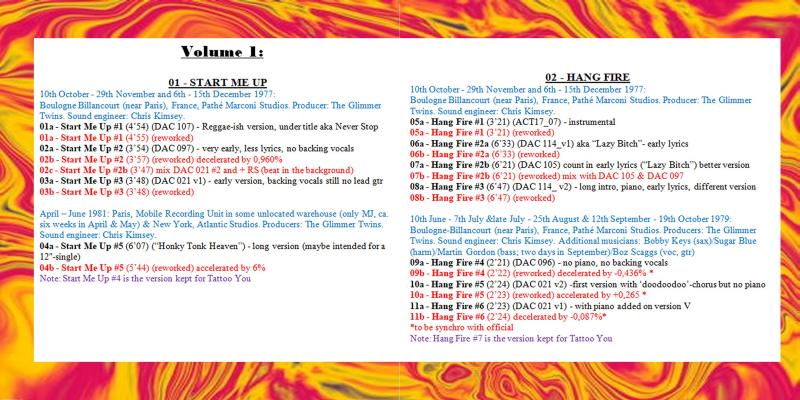 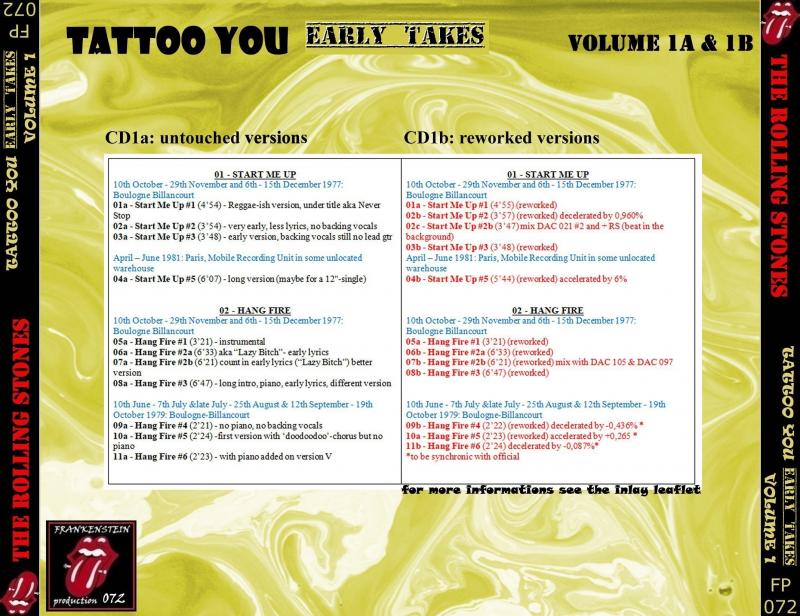 Quote
Doc
Awesome project, thanks !!!
By "reworked" without additional mention of speed correction, what have you done ? Dehiss ? Equalizing ?

Yes: the 2 are similar but the background is a little different and I did not want to miss a version so I kept it