UNDERCOVER SESSIONS
Presentation, objectives and thanks:
An attempt to compile the UNDERCOVER sessions that are in circulation and to rework them

This project was initiated in April/May 2019. In this era parts of the Art Collins Tapes (aka ACT) appeared in circulation on The Outsider Birds Vault volumes and also on the DAC.
Playing with them at first I noticed they had often speed problems. First I began with the tracks that also appear in official albums, making synchronization mixes to find out the exact speed. Lots of the files from the Undercover sessions on the Art Collins Tapes needed to be decelerated usually from -3,863%, sometimes they were already decelerated in the publishing volumes….. but not always at the correct speed.
So I began with the OBR, then the DAC. Then I decided to make a compilation of all the circulated material from the Undercover sessions. Last I decided to put all the « circulated » versions in front of my reworked versions so you can make your own idea and delete what you don’t like…
Recently (March 2020) Mr D. decided to put the ACT in circulation. So I had to check all to see what is allowed now to be added on this compilation (in fact not so much except the « Too Much Blood » variations)
As you can imagine I spent a lot of time on this project!
I decided to post it in 7 parts, with for each volume the first CD containing only the untouched versions and the second my DIY. I left the many versions of "Too Much Blood" on the last two CDs without reworking them: they form the 8th volume : a total of 16cds!
For this compilation I did not keep the versions that were used for official releases (side b, dub version ...)
I used Nico Zentgraf's Rolling Stones Complete Works Database a lot:
[www.nzentgraf.de] of which I tried to respect the chronology and the order of the proposed versions. It was not always easy to spot the different versions, the result is not perfect and surely criticizable. I was able to make (I certainly do!) errors ... I thank you in advance for helping me to rectify them. Don’t forget all this is done for pleasure and passion....
I also used the Rolling Stones Bootleg Database: [www.dbboots.com]
I thank them warmly and also my partners in crime, Jaap and nzb, for their advice and revisions! 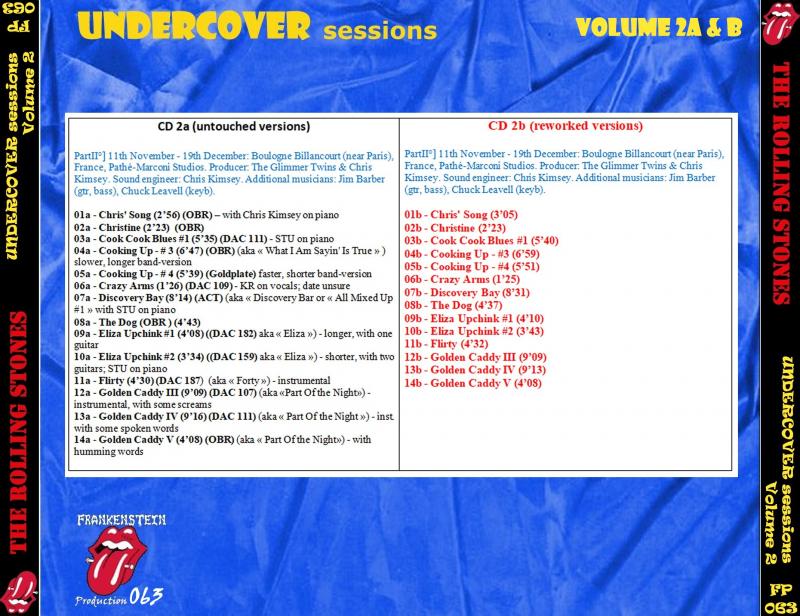 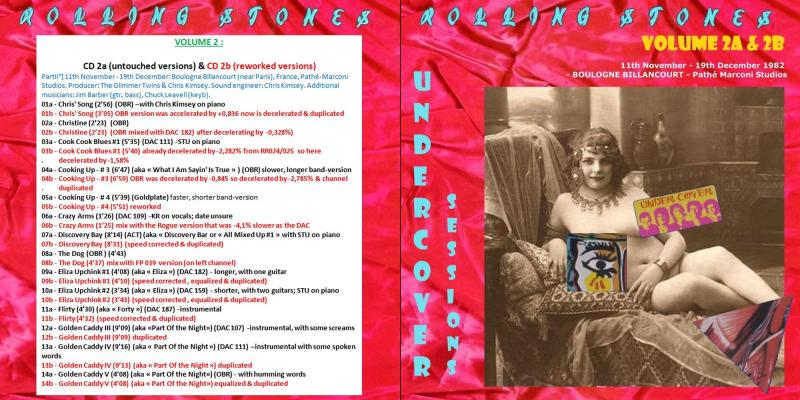