It wasn't easy to find your seat
...as they had very complicated seating plans and FOS area had many sections

...but the fans always had a great pre show party

However, there was an informal arrangement where distinguished scholars and philosophers were allowed to come and go in neutral ships for genuine scientific purposes.

So a scheme was cooked up which involved Bill (who did after all know a bit about archaeology) posing as Sir William Hamilton, travelling to Paris to give a lecture on the Antiquities of Naples to the Academie Francaise. The band's instruments travelled in packing cases labelled "Classical Sculpture - Handle With Care", and everyone else posed as "Sir William's" retinue of servants.

They had no problem persuading Bill to do it once he was told that as part of his disguise he would be accompanied by a young groupie claiming to be Sir William's mistress Emma... 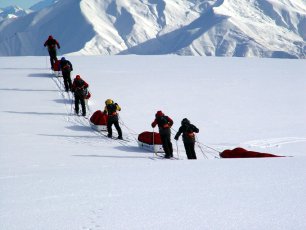 and then, these days:

Mick? No, but I think Charlie forgot his Viagra on that second pic.

to which the queen Marie Antoinette replied : "Why do you need Stones tickets? Can't you use your hot-seats or VIP-passes?"

Now that was one titanic stage!