BTW, totally worth buying two pairs of Lucky Dips over two different accounts/e-mail addresses. No problem picking both them up at the same time (no, the box office does not care). My better pair was the Pit A tickets. The other envelope, which I gave away for free, to a young German couple, college kids - it was side seats. I didn't even open that envelope myself.

I didn't ask any money for the other pair either. The guy offered me a beer, I said I don't drink beer, LOL.

It's karma. It's paying it forward. At this point I don't care if I missed the first couple of songs - I ended up in the pit and had a blast!

Having said that thank you Matt for the good quality visuals. 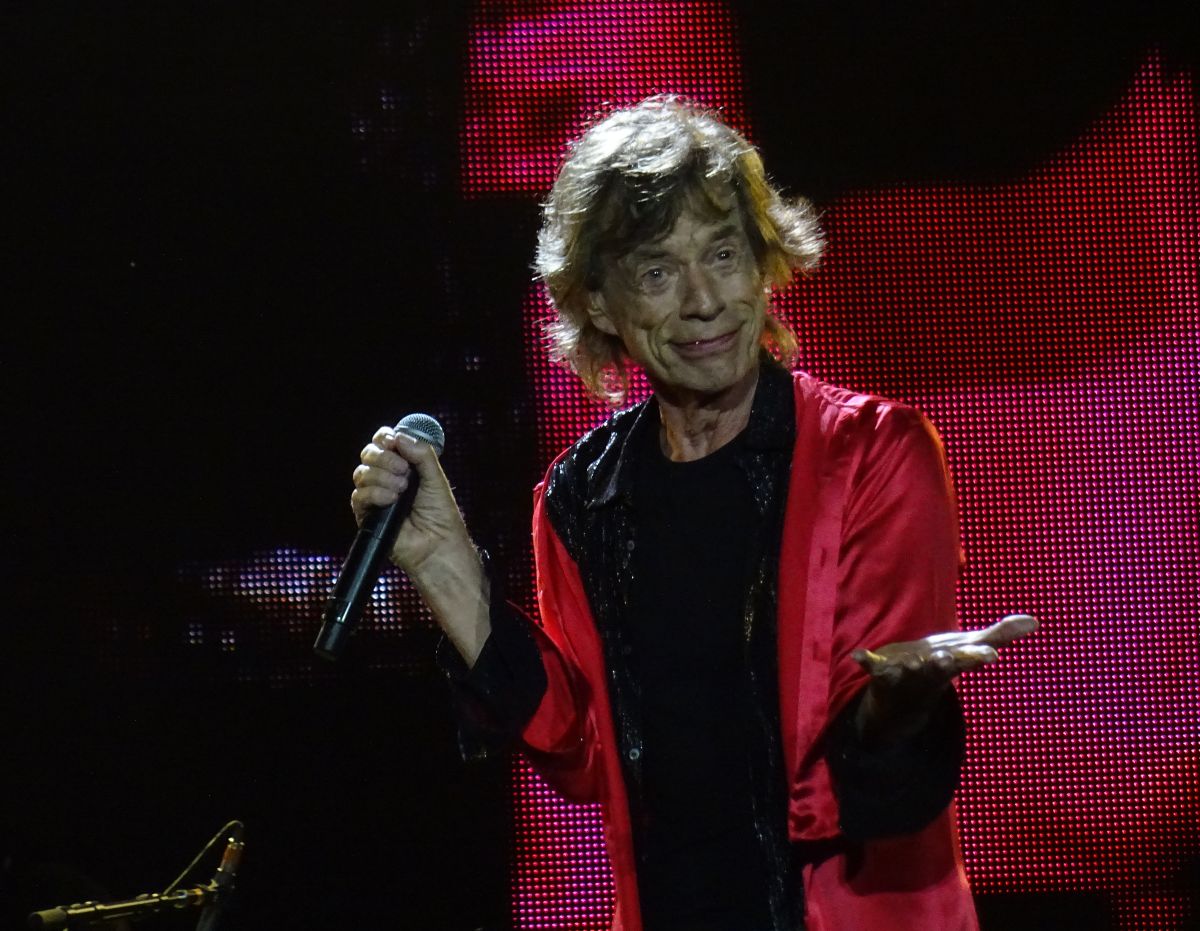 I love Connection, and I love Keith, but his singing on this tune is questionable at times.
Same as the last shows in the US...sort of makes you scratch your head wonder what's going on...
On the other hand his singing on Slipping Away is almost always great. Hope he breaks out You Got the Silver this tour.

Yes its hard to put your finger on, his singing is strong but somehow a bit off balance and he didn't have a way to end it as yet, he even said at the end ''i told you it was new'', like he knew he messed it up a bit.
Then again we are hearing it through a camera phone and lots of clips tonight sound a bit off to my ears, possibly filmed from the same phone.

Keith's vocals on Connection sounded confused and warbly at both the L.A. shows I attended last year,
and Matt Lees high quality video from tonight sounded like what I heard in person last year, so I'd say his camera phone is fairly accurate.

Quote
RStones2550
Several versions he seems to mumble through the verses.

It was a fantastic show. Respectful to Charlie, and man they are on a roll...
And Keith's rain stick worked like dream.
Options: Reply To This Message•Quote This Message
Re: Munich Germany 05-Jun-2022 The Rolling Stones SIXTY Tour live show updates
Posted by: keefriffhards ()
Date: June 6, 2022 02:20
Lovely pic of Mick there BV , showing his jovial side, i real Gem thank you

Options: Reply To This Message•Quote This Message
Re: Munich Germany 05-Jun-2022 The Rolling Stones SIXTY Tour live show updates
Posted by: Hairball ()
Date: June 6, 2022 02:26
Incredible photos of yours in that link Bjornulf - you put them up fast tonight!
Looking forward to all the great photos from others such as Hendrik Mulder, as well as reading all of the reviews!

Quote
bv
Great show, and lights were back to normal! 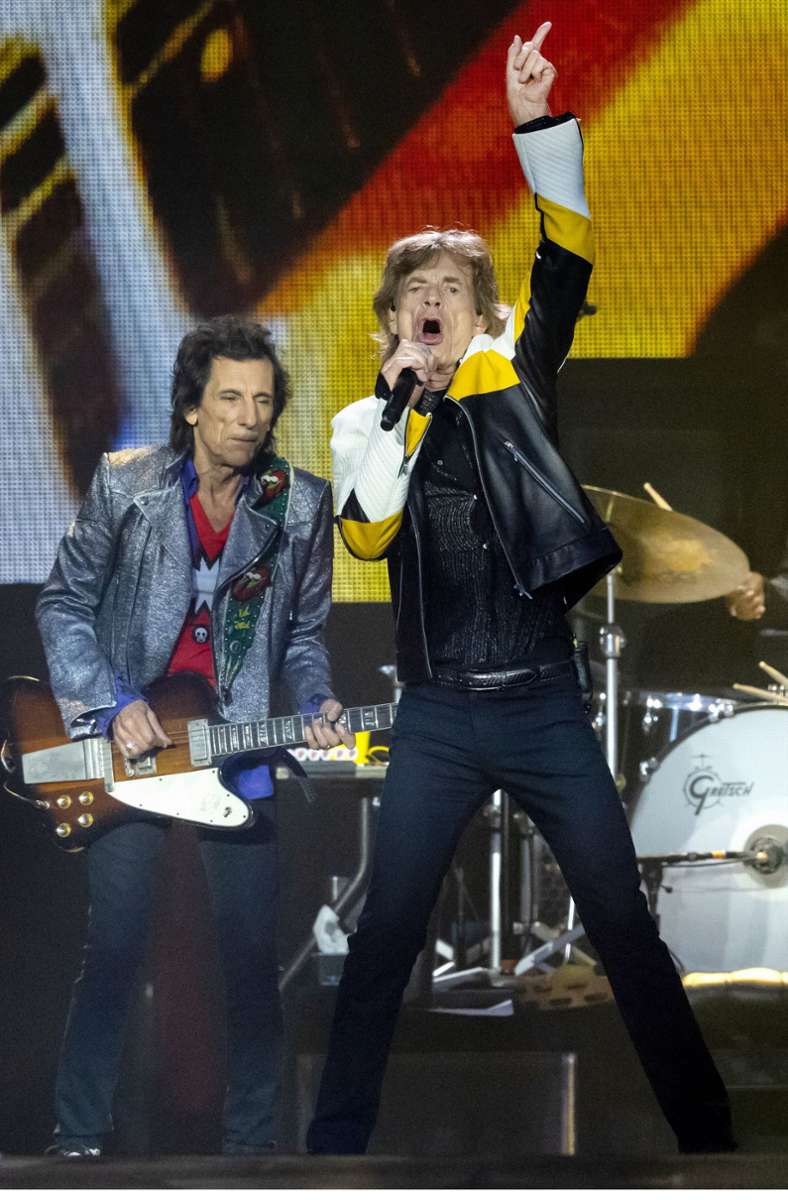 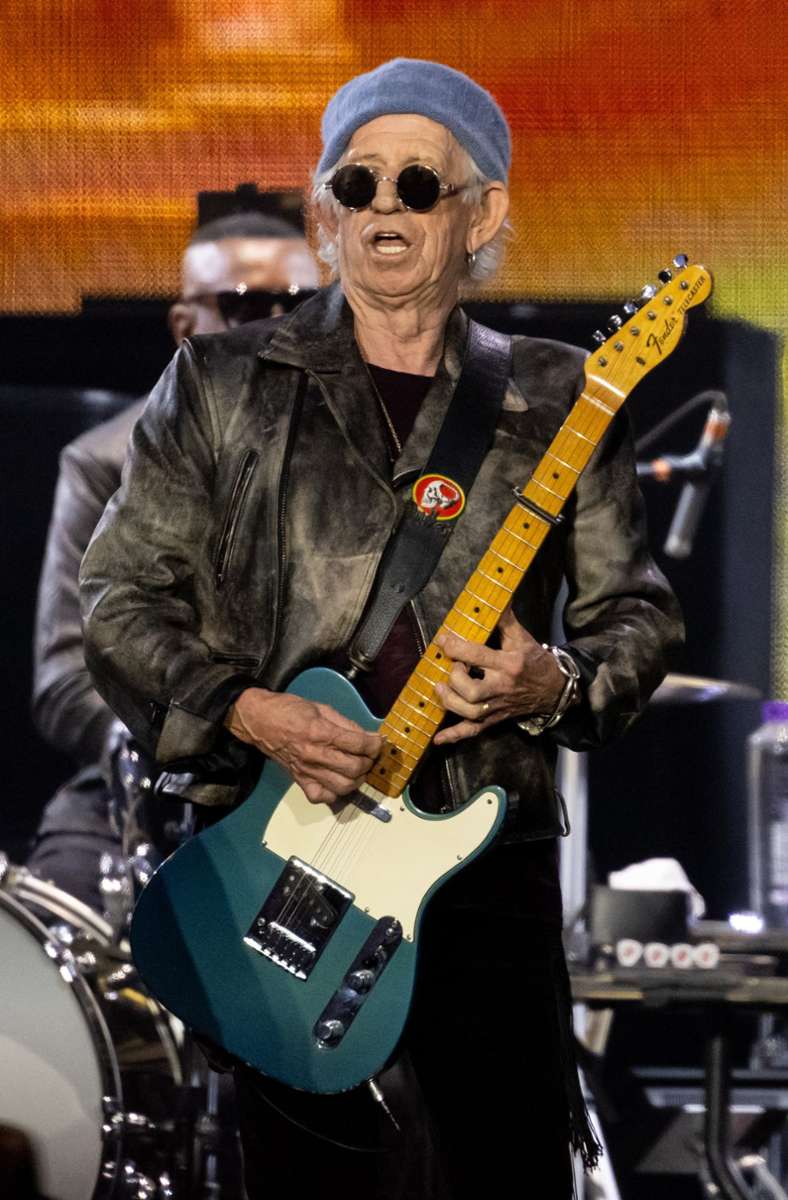 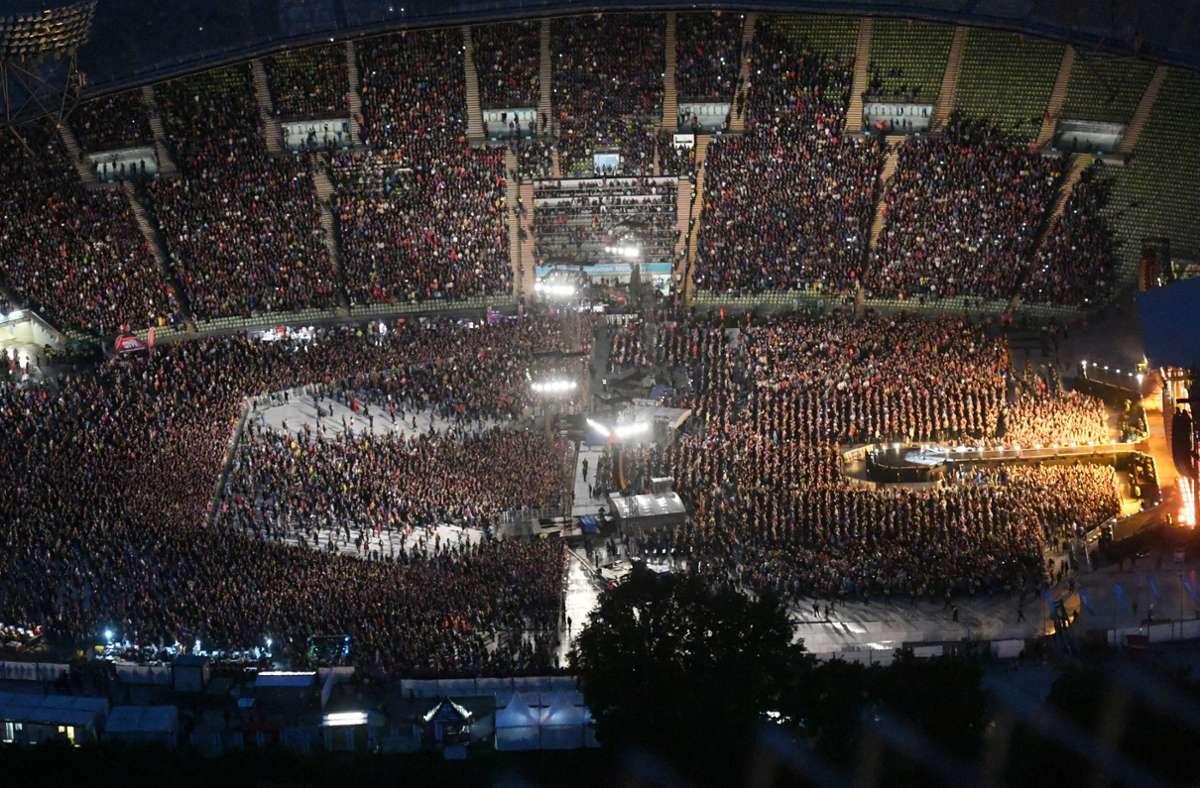 Quote
schwonek
The sound tonight was fantastic! There were loads of smiles on stage and energy was high. Top level show. Amazing Stones!

Yes, that's truth!
The sound was clear and loud and the guitars were very prominent in the mix. The show was powerfull, the interaction was great, they were having fun and enjoyed the show and so did I. I was dancing, smiling and yelling. And the setlist was great! Out of time was fantastic, 19thNervous Breakdown was tough and swinging. Street Fighting Man as opener blew me away again and even the messed up Rocks Off was great to hear.
Mick was in a very good mood and for me it was one of the top shows from 26 I saw since 1982.
In 1982 I was in Munich too and the rain didn't stop like todsy...
I'm glad, I decided to go the way from Flensburg.

Is Ronnie wearing a Flashpoint shirt?

Nice picture. Let me tell you though that standing right behind that seating section, in the middle of the pic, is total crap. As soon as people stand up, you mostly see shit and are reduced to watching TV.

Quote
Topi
(yes, there was a kind of a rail on top of the barrier

Where I was standing, there was no rail. It was just a barrier and henceforth I will continue to call it barrier and think people, who call it rail, are funny.

Quote
keefriffhards
All Matts youtube vids sound flat to me like something is missing, don't blame the Stones for poor recording sound.

Having said that thank you Matt for the good quality visuals.

blame the phone for the poor recording sound. will be interesting to see how many shows get recording with proper gear.
Options: Reply To This Message•Quote This Message
Re: Munich Germany 05-Jun-2022 The Rolling Stones SIXTY Tour live show updates
Posted by: DiegoGlimmerStones ()
Date: June 6, 2022 07:35
The boys in action! 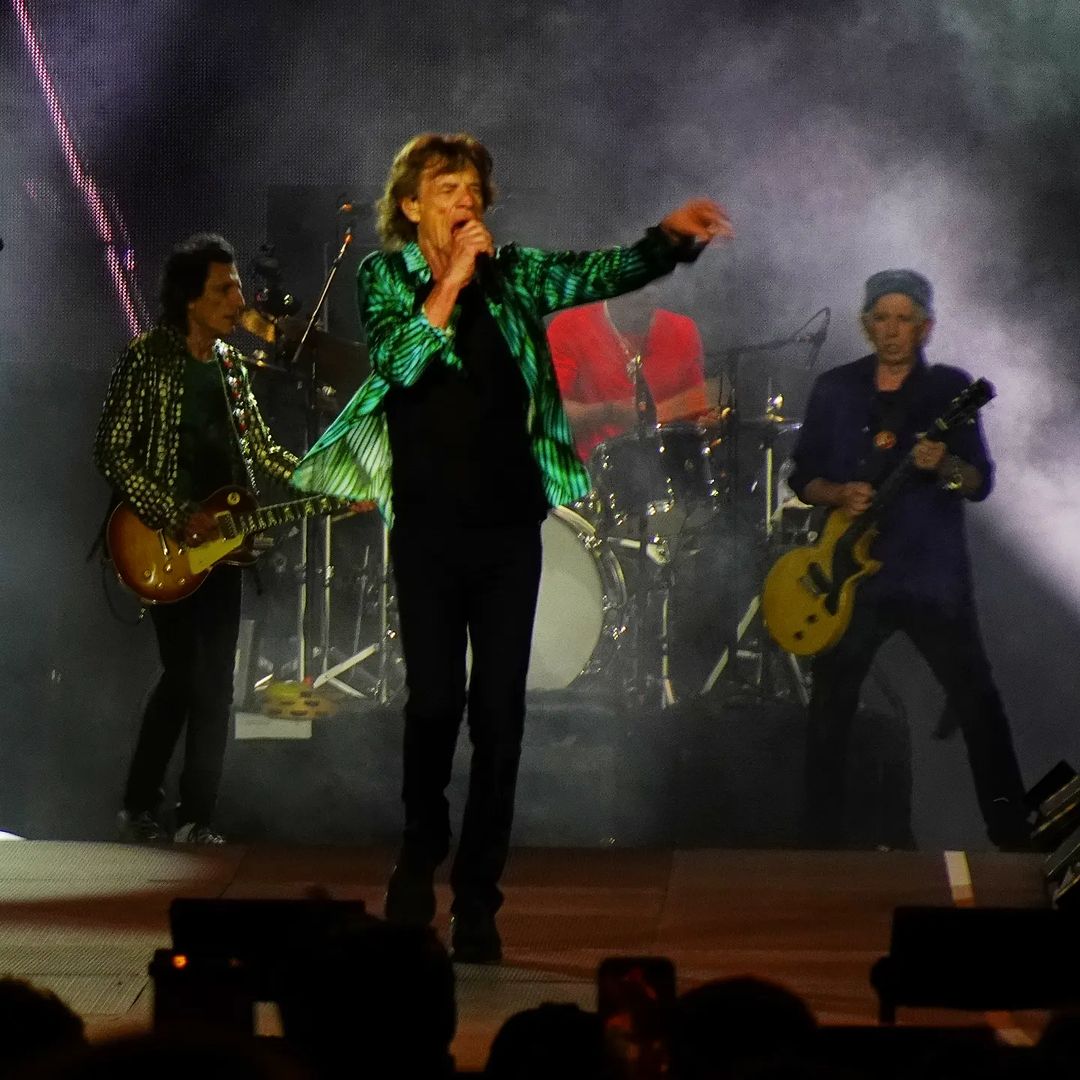 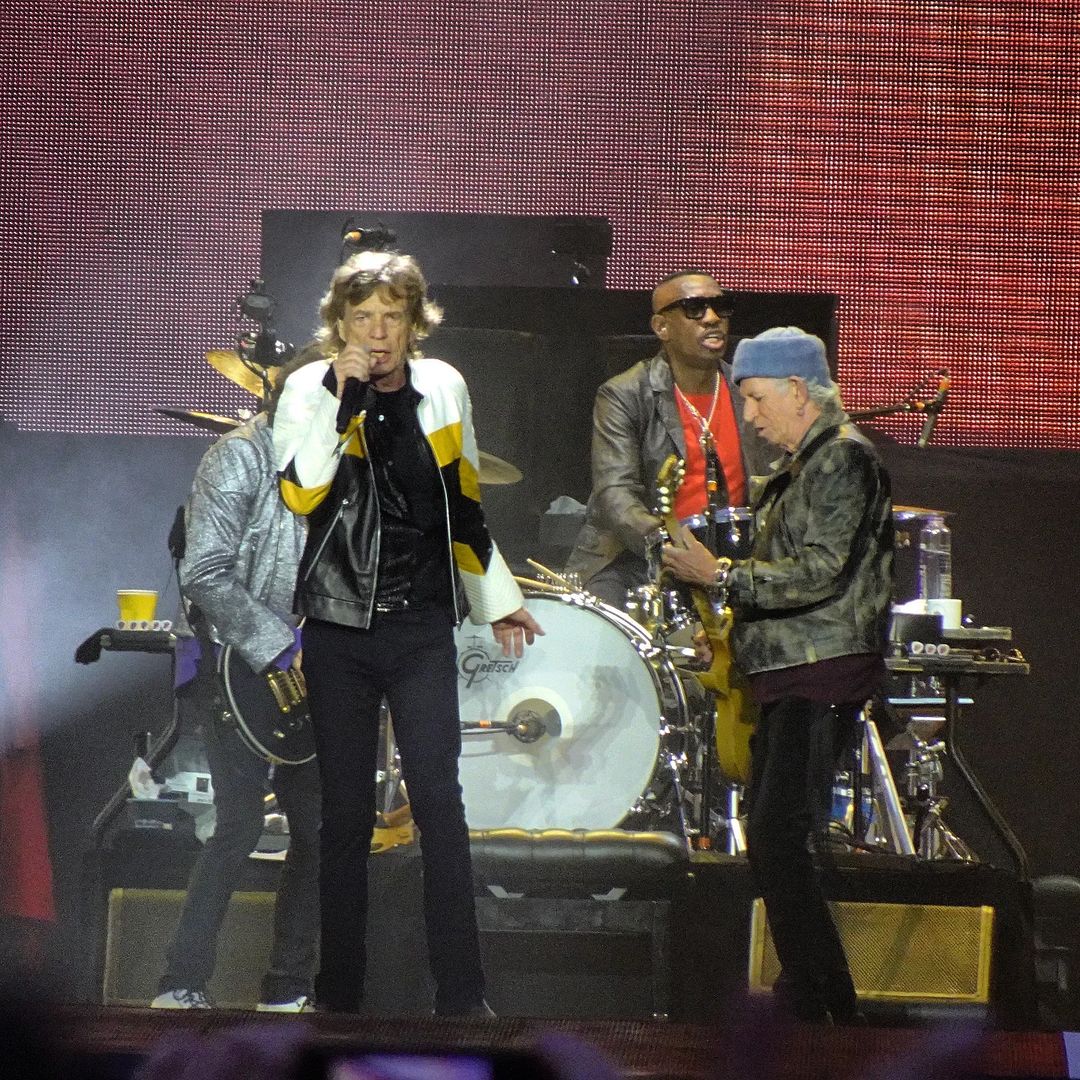 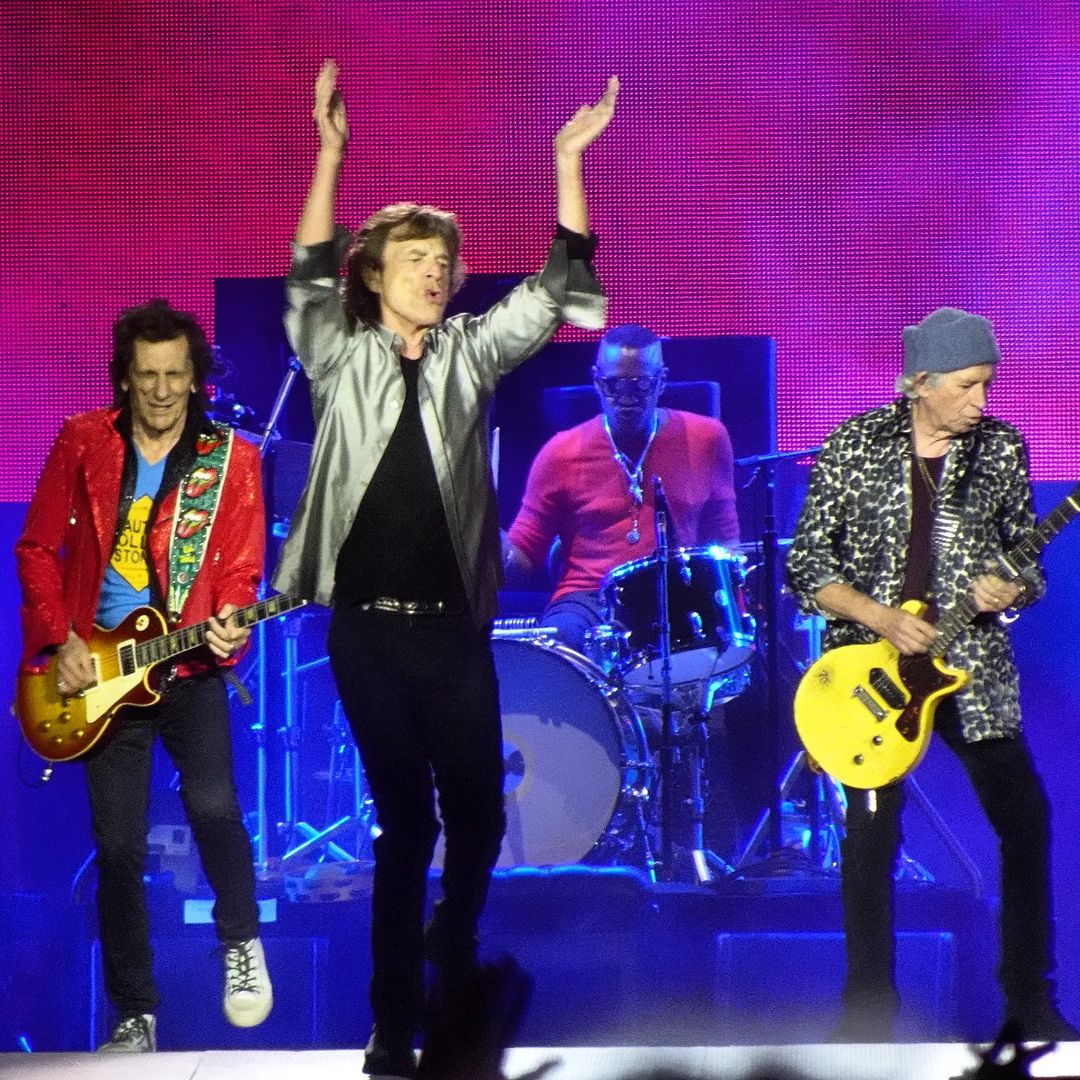 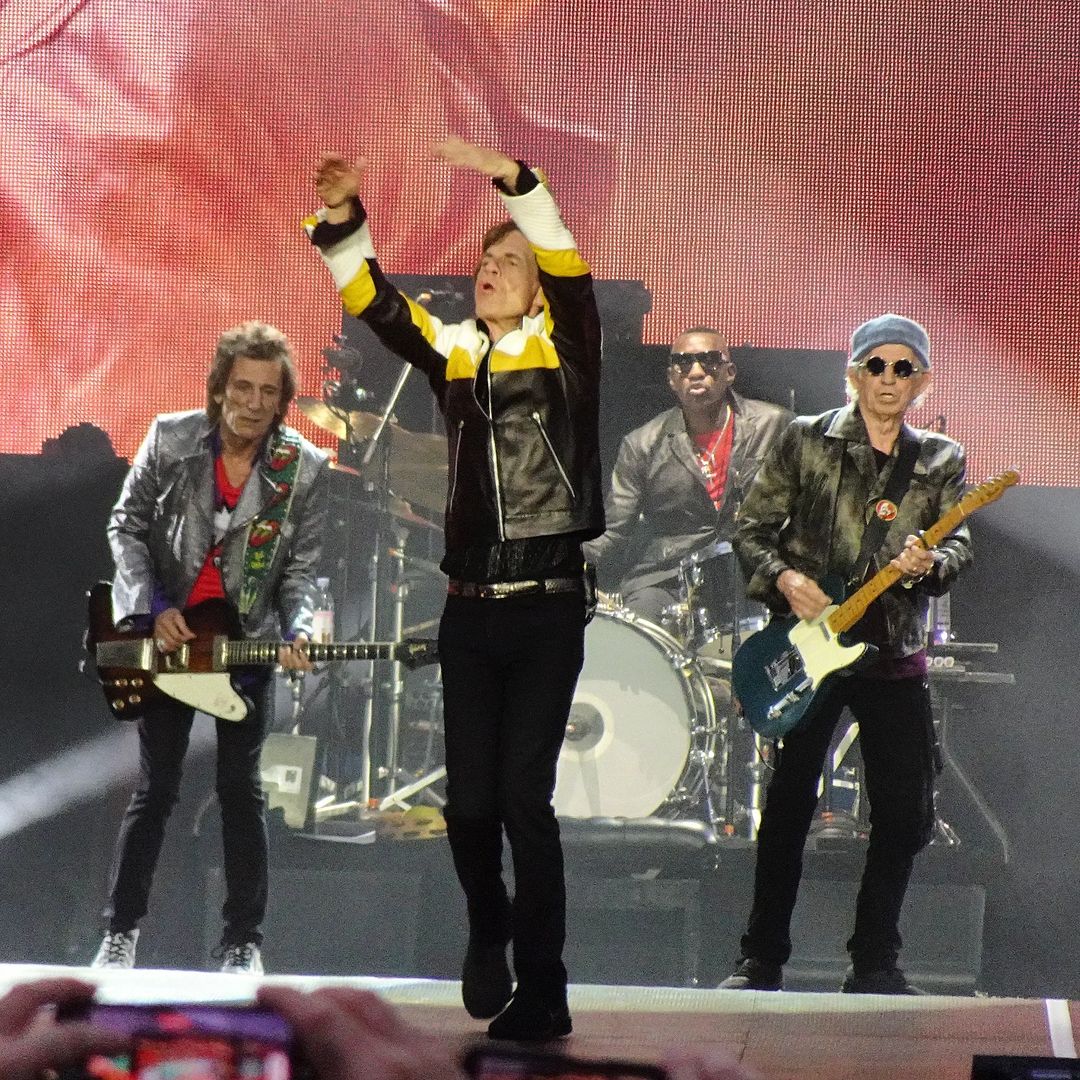 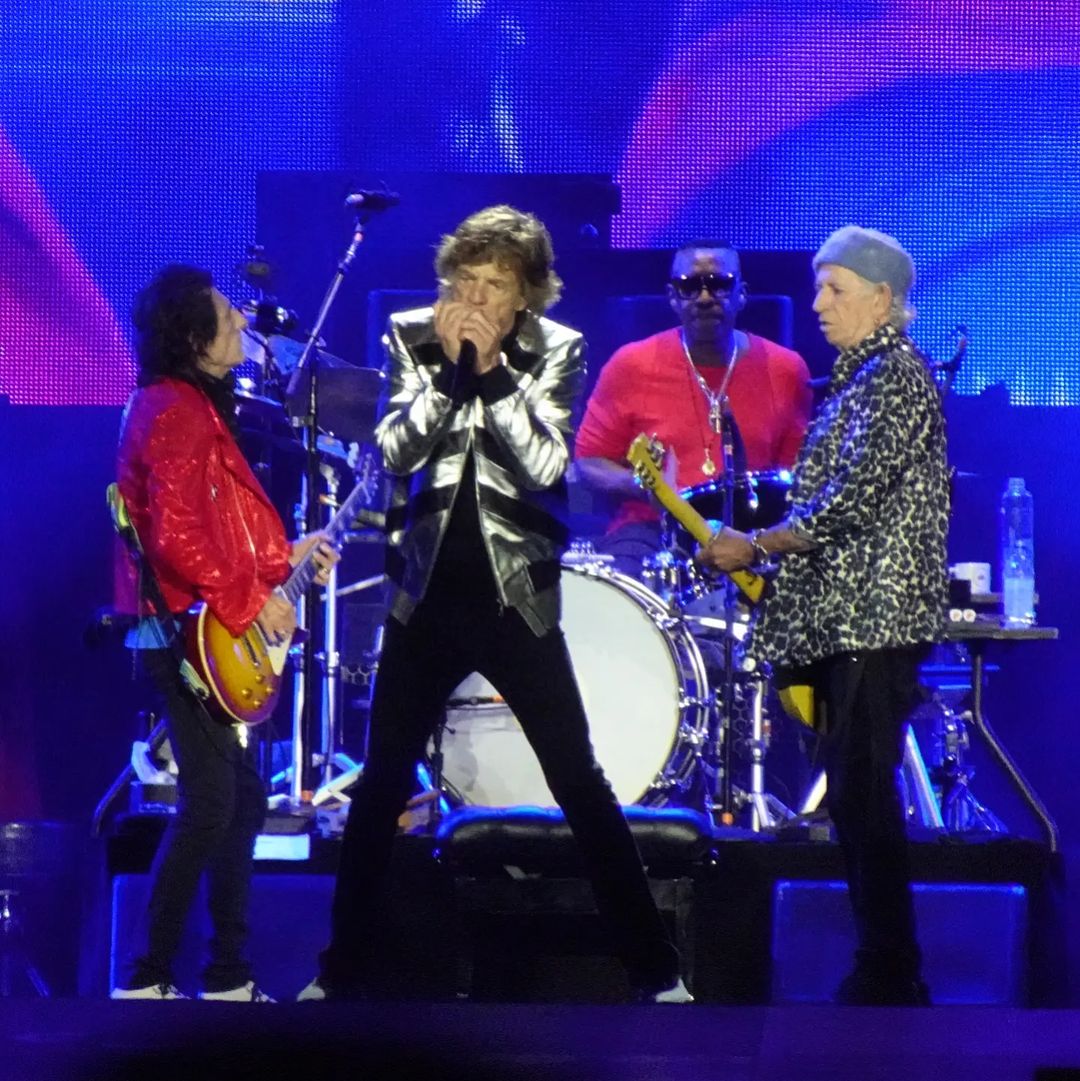 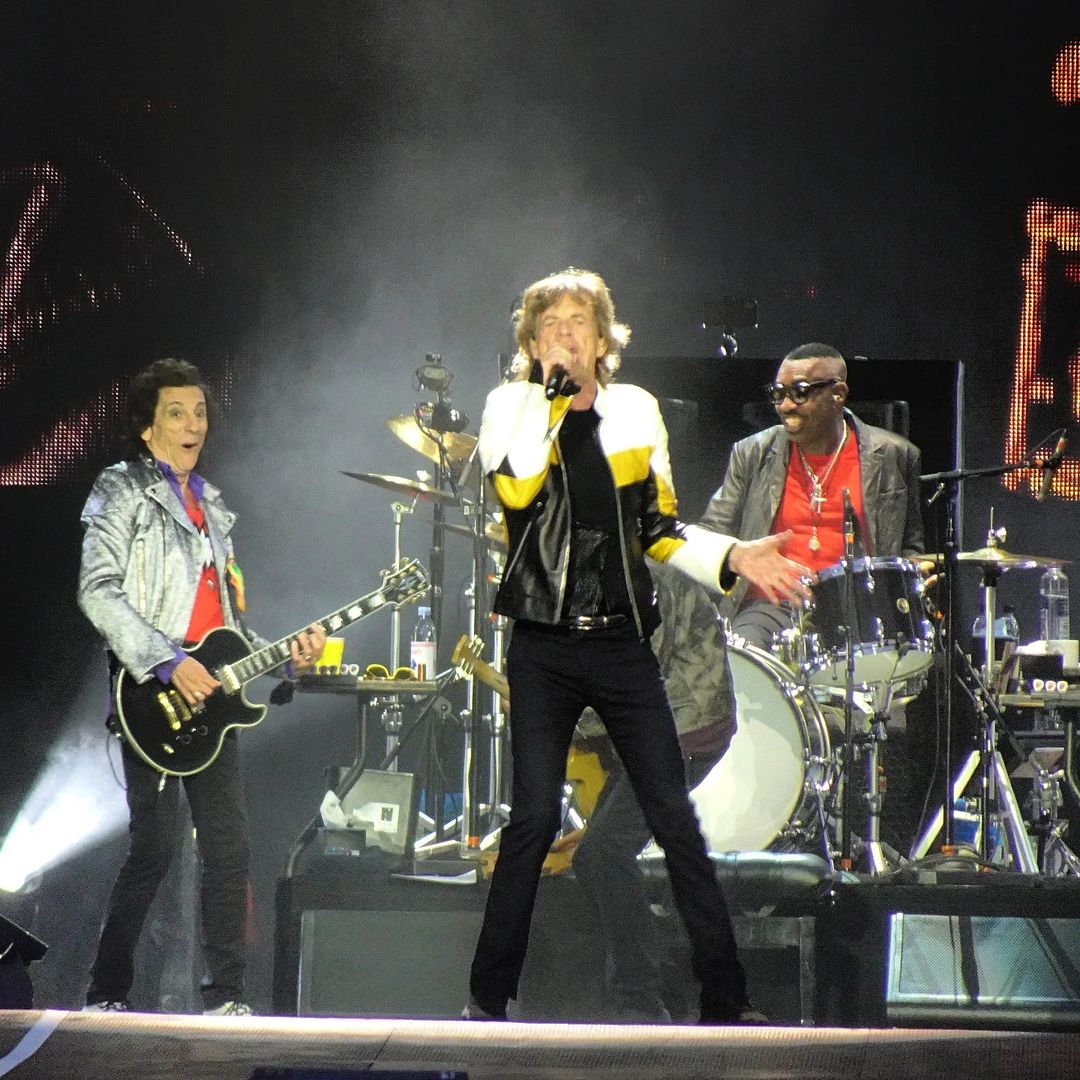 Quote
mattleeuk
Lots of new videos on my channel from tonight

Great stuff, Matt! Have you filmed "Slipping away"?

Yes, in Dallas 2021, Check out my channel on YouTube
Options: Reply To This Message•Quote This Message
Re: Munich Germany 05-Jun-2022 The Rolling Stones SIXTY Tour live show updates
Posted by: Topi ()
Date: June 6, 2022 10:38
A funny thing to note about the LD pickup fiasco last night just hit me:

I only got my tickets by the time the Stones were already playing 19th Nervous Breakdown.

And then I got my Rocks Off as we finally walked in at about 9 PM.

Quote
shattered1978
And he did say it in the end of Connection: "Told ya it was a new one haha"

It was a fantastic show. Respectful to Charlie, and man they are on a roll...
And Keith's rain stick worked like dream.