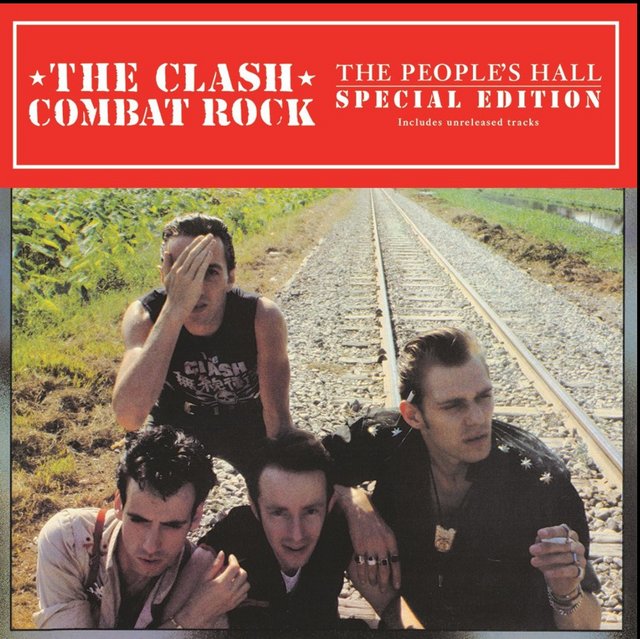 Originally released in May 1982, ‘Combat Rock’ is the final album from The Clash of Joe Strummer, Mick Jones, Paul Simonon and Topper Headon. Featuring two of the band’s most well-known songs, ‘Should I Stay Or Should I Go’ and ‘Rock The Casbah’, plus favourites ‘Straight To Hell’ and ‘Know Your Rights’, it is both their biggest selling album and highest-charting set in both the UK and US.

Now comes a special edition of the album, titled ‘Combat Rock / The People’s Hall’, which will be released on 20th May. It couples the album with an additional 12-tracks compiled by The Clash. It will be released in double-CD, triple-vinyl, and digital formats.
--
In addition, The Clash’s collaborations with the late Ranking Roger have received their first-ever official release, as a separate two-track EP. The legendary frontman of The Beat dropped in to the studio with The Clash in 1981 and infused ‘Red Angel Dragnet’ and ‘Rock The Casbah’ with his exuberant, high-energy toasting. The EP is available digitally from now, with a limited edition 7” vinyl following on 20th May.