Taylor Hawkins, the jovial, ferocious drummer for Foo Fighters, has died at the age of 50, according to a statement from the band.

“The Foo Fighters family is devastated by the tragic and untimely loss of our beloved Taylor Hawkins,” read the message, which was posted to social media. “His musical spirit and infectious laughter will live on with all of us forever.” Foo Fighters are currently on tour in South America and were preparing to perform in Bogota, Colombia, a rep for the band told Rolling Stone.

Born in Fort Worth, Texas, Hawkins relocated to Southern California with his family in his early childhood. He first rose to prominence as the touring drummer for Alanis Morissette, joined Foo Fighters in 1997 after the departure of original drummer William Goldsmith.

As news of Hawkins’ death spread, numerous musicians and celebrities took to social media to honor the late drummer. “God bless you Taylor Hawkins. I loved your spirit and your unstoppable rock power,” wrote Rage Against the Machine frontman Tom Morello, sharing a photo of himself and Hawkins alongside Jane’s Addiction’s Perry Farrell. “Rest In Peace my friend.”
[www.rollingstone.com]

His last show was here in Buenos Aires just 6 days ago (2022 Lollapalooza Argentina).

Quote
schwonek
First Kurt now this. Dave will be devasteted.

Hawkins always came across as such an easy-going person. I enjoyed his interviews a lot. Reports are circulating that his passing could be drug-related. It's such a waste, if that's the case.
Options: Reply To This Message•Quote This Message
Re: OT- RIP Taylor Hawkins
Posted by: NashvilleBlues ()
Date: March 26, 2022 13:06
Speechless.

RIP. I'm not all that knowledgeable about the Foos, but I liked Hawkins and appreciated his enthusiasm and appreciation for Rush, Charlie etc.

Edited 1 time(s). Last edit at 2022-03-26 15:14 by bye bye johnny.
Options: Reply To This Message•Quote This Message
Re: OT- RIP Taylor Hawkins
Posted by: MisterDDDD ()
Date: March 26, 2022 15:02
As unthinkable as it was initially to think about Charlie being replaced with anyone, we all were fortunate that Charlie himself was able to recommend Jordan for the US tour, and clearly wanted the show to go on.

The Foo Fighters will likely continue, but losing Hawkins suddenly like this, mid-tour, has to be very difficult for the band, in terms of when and with whom that they retake the stage.

Hope they are able to.. very tough loss for them. 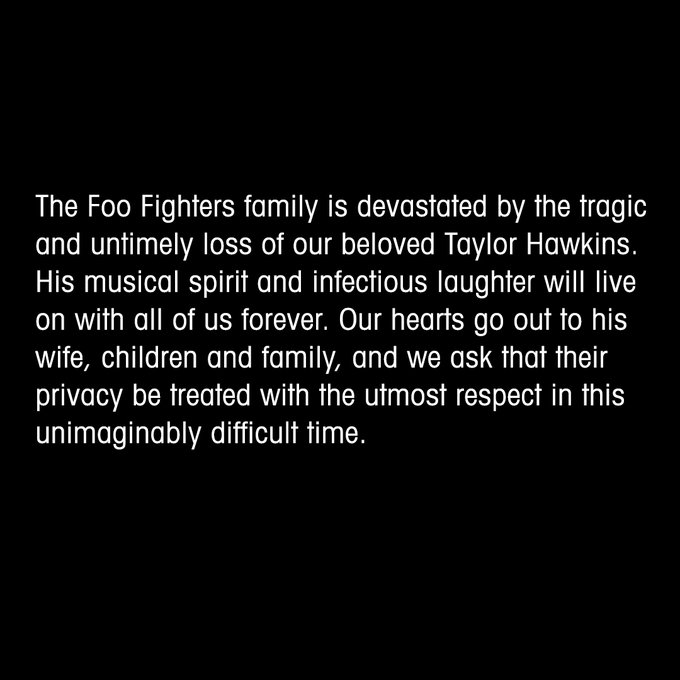 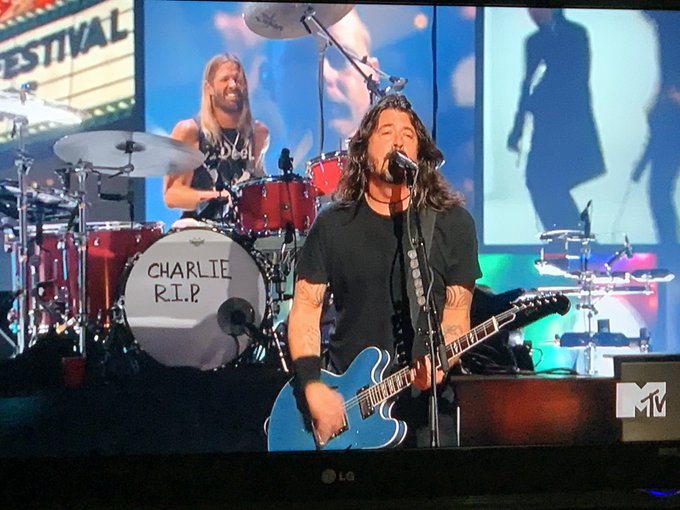 Options: Reply To This Message•Quote This Message
Re: OT- RIP Taylor Hawkins
Posted by: gotdablouse ()
Date: March 26, 2022 15:12
RIP, caught these guys once and loved the show, the guy was packing a lot of action, which is fairly unusual for a drummer. It won’t change anything but I hope it’s not another one of these « rock casualties », you’d think that would be « over » now…