That Time Johnny Depp and Keith Richards Went Nuts on Me

In a long-lost cover story, the actor and guitarist get pissed off about a skull ring and ponder sodomizing a reporter with a banana and tossing him off a balcony 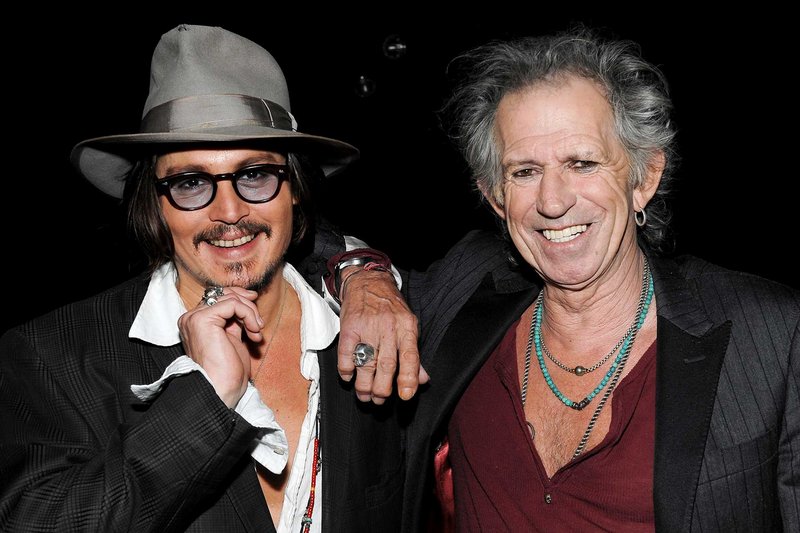 someone get me banana

nope just read thru it again get me a frozen zucchini

ROCKMAN
Options: Reply To This Message•Quote This Message
Re: Keith/Johnny Depp article - Rolling Stone, October 16
Posted by: gotdablouse ()
Date: October 19, 2021 09:59
Wow, pretty unhealthy...whatever happened to that documentary they were supposedly doing together or was that with Jack White? Nah, these were "sessions"...
Good thing Keith has a "day job" managed by the most driven man in show bizness!

Quote
lem motlow
This is hilarious, a Stuttering John level celebrity takedown.the fact that two guys trying so hard to be cool lost it that easily made it perfect.
Keith turned into Margaret Dumont when he said “is that one of Iggy’s skull rings?
I still cannot believe Keith answered “You don’t know Keith Richards is famous for his skull ring”
Writer was just joking around and out comes this weird homoerotic threat with a banana and of course the two tough guys in scarves and eyeliner were gonna pull a Suge Knight with him on the balcony.yeah, right. they actually ended up calling his boss and complaining.
He should do a follow-up.”Keith, is that Justin Bieber’s palm tree jacket or did you go shopping together?”

The interviewer was being a jerk on purpose, trying to wind then up, but more likely the interview is pure fiction, and the way he describes Keith's looks, what a low life wimp.
Options: Reply To This Message•Quote This Message