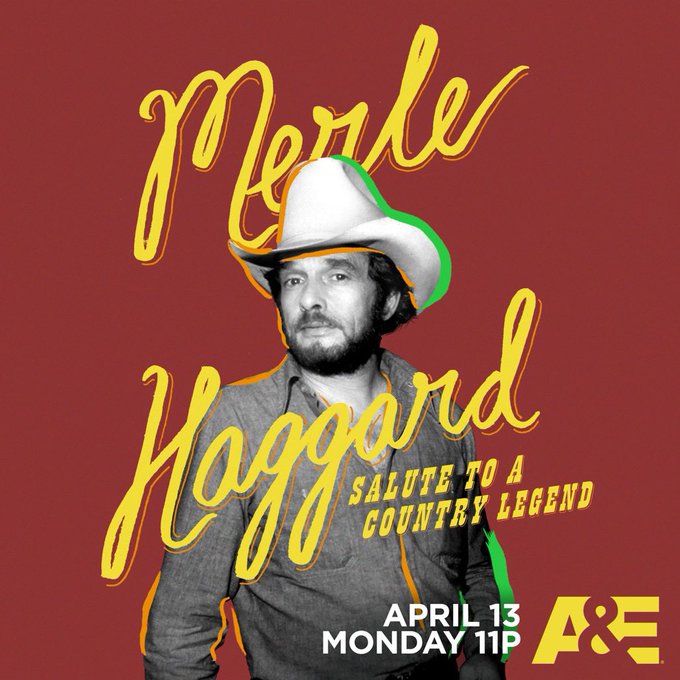 “Merle Haggard: Salute to a Country Legend” is a one-night-only concert special honoring the music and legacy of Merle Haggard. On what would have been his 80th birthday, Ben Haggard, Billy Gibbons, Dierks Bentley, Hank Williams Jr., Jamey Johnson, Kacey Musgraves, Keith Richards, Kenny Chesney, Loretta Lynn, Miranda Lambert, Toby Keith, Warren Haynes, Willie Nelson and more come together to pay tribute to Merle’s career. Fans will witness an all-star sing-along with artists singing “Okie from Muskogee,” never before seen interviews, exclusive behind the scene footage, and never before televised captivating performances from some of country music’s biggest artists."
[blackbirdpresents.com]
Options: Reply To This Message•Quote This Message
Re: Salute to Merle Haggard- Keith appearance
Posted by: MonkeyMan2000 ()
Date: April 14, 2020 11:56
Has somebody caught this? Did they show both songs Keith played on that night? I'd really like to see this, couldn't stream it from Switzerland. I remember that Sing Me Back Home was quite beautiful and that Reasons To Quit was a bit of a mess

Options: Reply To This Message•Quote This Message
Re: Salute to Merle Haggard- Keith appearance
Posted by: bleedingman ()
Date: April 14, 2020 20:00
They only showed Sing Me Back Home. Also a short clip of Keith talking about Merle. It was a great show (only one hour) but I would have like to see at least one clip of Merle.