This year marks five years since B.B. King’s death, but the thrill of King’s music will live on during two ambitious nights: February 16th and 17th, 2020, at the Capitol Theatre in Port Chester, New York.

“When B.B. King played, it was just the cold hard truth,” Derek Trucks told Rolling Stone in a 2015 tribute. “Like hearing Martin Luther King speak. You just needed one word, one note with B.B. No one has that.”

Tickets for the two-night event go on sale Friday. Daily lineups will be announced on Tuesday, January 28. A very limited number of single-day tickets will go on sale Friday, January 31, at noon EST. A portion of the proceeds will go to the Seva Foundation, a charity focused on preventing blindness that was co-founded by Wavy Gravy (according to Gravy’s website, King actually gave Wavy Gravy his moniker at the Texas International Pop Festival in 1969). 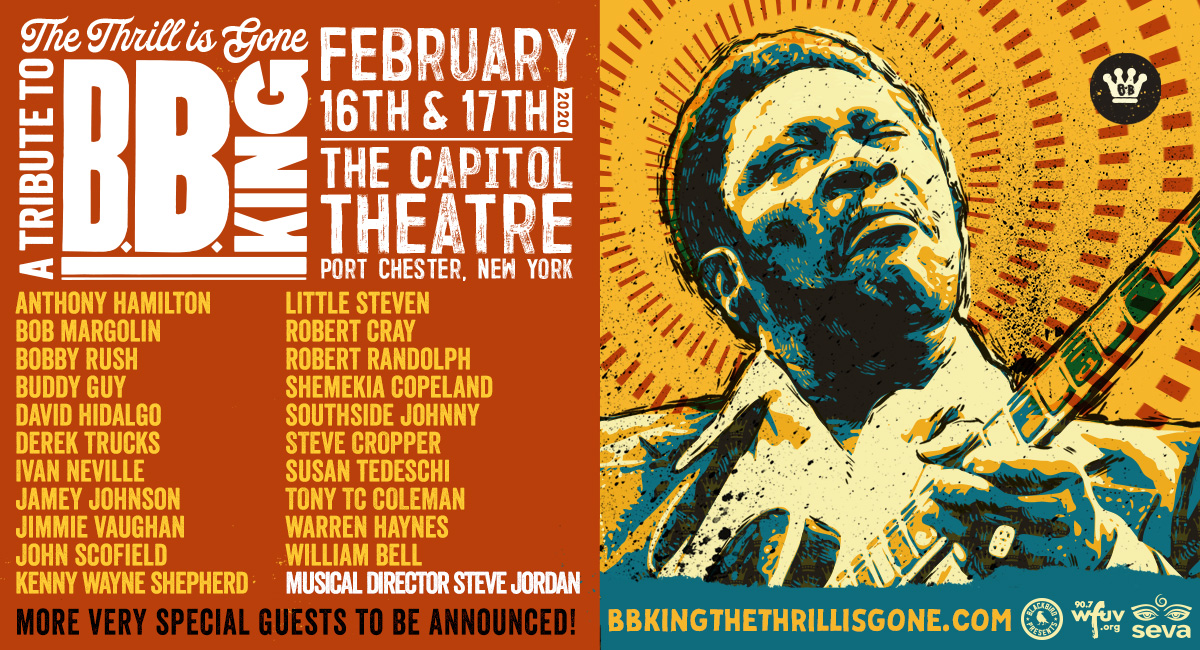 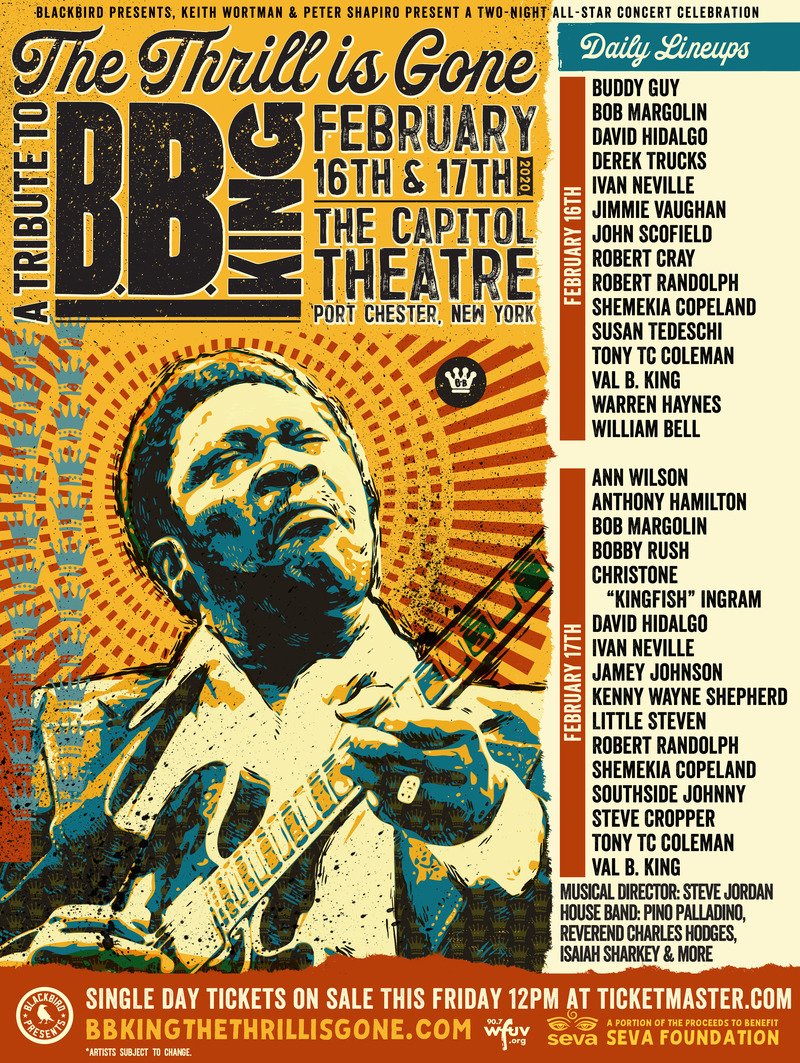 Hoping he is in London for Clapton's Ginger Baker tribute.
Options: Reply To This Message•Quote This Message
Re: BB King Tribute -Capital Theater-Pt Chester, NY Feb 16 & 17th
Posted by: Hairball ()
Date: February 1, 2020 23:45
First that came to mind was Clapton.

"Riding with the King was the first collaborative album by Eric Clapton and B.B. King.They performed together for the first time at Cafe Au Go Go in New York City in 1967 when Clapton was 22 and a member of Cream, but did not record together until 1997 when King collaborated with Clapton on the song "Rock Me Baby" for his duets album, Deuces Wild.Clapton looked up to King and had always wanted to make an album with him.King said they had discussed the project often, and added: "I admire the man. I think he's No. 1 in rock 'n' roll as a guitarist and No. 1 as a great person."' 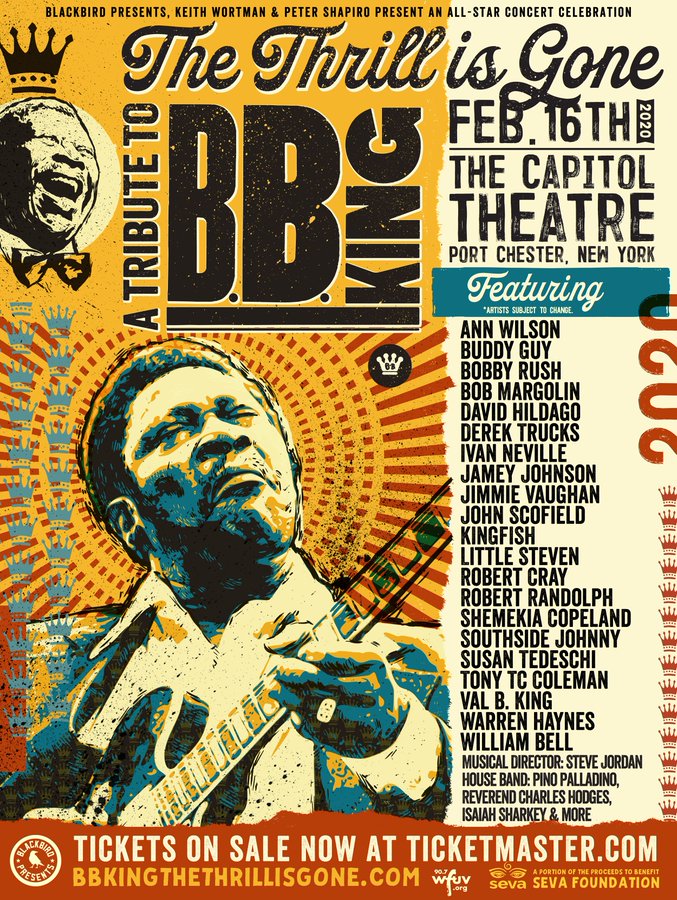 [relix.com]
Options: Reply To This Message•Quote This Message
Re: BB King Tribute -Capital Theater-Pt Chester, NY Feb 16 & 17th
Posted by: Rockman ()
Date: March 20, 2020 13:51
…. went to a BB show once not far
from Drumcondra beach … BB and the
entire band were all decked out in Tuxedos …. class