Is it true? I think I`ve heard about it. The current picture at this site`s home page possibly shows this.

He is playing great music all along, sharp, no goofing, whatever goofing means.

PS. According to Webster:
goof noun

Ronnie is not silly, stupid or making blunders.

PS. It should be possible to lift your right arm for a split second without being accused of being stupid, silly or making blunders.

Quote
snorton
He does seem to be quite animated these days, if it is the result of showing appreciation for being in the greatest R & R band and good livin, more power to him.

Bjornulf
Options: Reply To This Message•Quote This Message
Re: Ronnie`s goofing
Posted by: yeababyyea ()
Date: July 11, 2019 03:14
I think one reason Ronnie is a bit more animated these days is to compensate for Keith not moving around as much anymore. There has to be some movement on stage from someone else than Mick. If we compare how Ronnie acts on stage nowadays to 20 years ago, then it's true he's more animated now. But I don't think it's a bad thing since it doesn't detract from his playing and he's still focused on his playing and sounds great.

behave in a silly way or playful way, mess around/about, fool around, clown, act up, play the fool
"they started goofing around in front of the cameras"

I think some people on this forum act way too offended at nothing really, lately. And some of us sometimes post when they have had a skinful, not a wise thing to do if you ask me.
Of course this last bit has nothing to do with bv 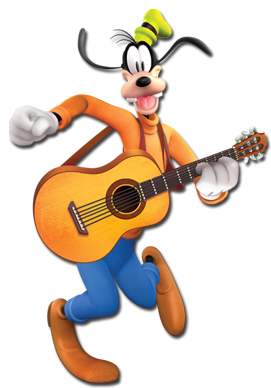 Quote
ROLLINGSTONE
That's the thing about Ronnie despite his age he still has that boyish aura.

Quote
bv
Nobody ever said Mick was "goofing around" ...

If you accused Mick of "goofing around" for a living..

Quote
bv
Ronnie is noot goofing around at all. Fake news. Where did you get that info from? Did you see any of the shows on this tour?

He is playing great music all along, sharp, no goofing, whatever goofing means.

PS. According to Webster:
goof noun

Ronnie is not silly, stupid or making blunders.

PS. It should be possible to lift your right arm for a split second without being accused of being stupid, silly or making blunders.

Completely lost in translation Bjornulf. The word 'goofing' in the context of Ronnie's stage persona and behaviour has absolutely no negative connotations at all ... none !

The mere fact that you have quoted a dictionary definition of the word strongly implies that you do not have this particular word in your personal English vocabulary, and that accounts for your total misinterpretation in this instance.

Ronnie has been 'goofing around' on stage pretty much ever since he picked up a guitar, right through his entire working life to date. He is famous for it, and loved for it. Some of his characteristic leaps and bounds and postures epitomise goofiness itself ... it's the total mark of the man.

I saw the WHO in London last Saturday. Pete Townshend in his own words ... "50 plus years poncing about on stage with a guitar" ! Replace the word ponce with the word goof, and ..... voila ! You get the idea I hope .....

The point is: no negative connotations. Get it ?

Says it all really !!

I actually think Ronnie goofs around, plenty; often with Mick. It’s part of his character; and it’s endearing. If there were no play, it’d be like attending a Roger Waters concert.

Just an example of humour or particular turns of phrase not always crossing language barriers terribly well.
Options: Reply To This Message•Quote This Message
Re: Ronnie`s goofing
Posted by: paulywaul ()
Date: July 11, 2019 11:31

You people from "the new world" really made a "mess" out of the (Queen's) English language (friendly meaning). I remember teaching English to Japanese people many decades ago (NO Internet!). One day one of them took along a copy of Time Magazine and asked me if I could discuss its content. Man, that was embarrasing ... all those "weird" words I couldn't find in my "professional" English Dictionary. Luckily I was blessed with good imagination, which helped me out most of the time.
BV ... 12 more shows to go ... enjoy Ronnie's goofing

... and the Rolling Stones off course

Options: Reply To This Message•Quote This Message
Re: Ronnie`s goofing
Posted by: exilestones ()
Date: July 11, 2019 13:16
In everyday conversational English in the USA, goofing means 'playful.' 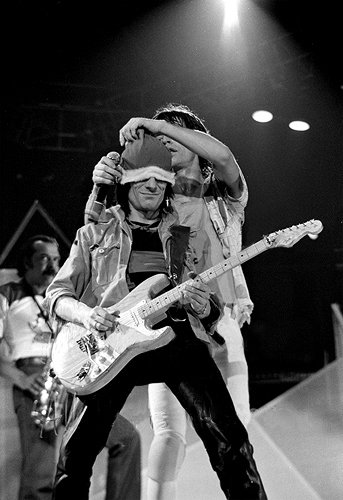 Goofing around at work could mean having fun at work or not doing your job which are not the same thing.
Options: Reply To This Message•Quote This Message
Re: Ronnie`s goofing
Posted by: Spud ()
Date: July 11, 2019 15:04

Goofing around at work could mean having fun at work or not doing your job which are not the same thing.

To bring the thread full circle ...they have been exactly the same thing on a couple of tours in the not too distant past ...

When a bit less mucking about [or goofing around] and a bit more guitar playing would have been a good idea for two naughty boys on stage.

Options: Reply To This Message•Quote This Message
Re: Ronnie`s goofing
Posted by: keefriff99 ()
Date: July 11, 2019 15:40
There's a big difference between mugging for the crowd in the context of putting on a show while ALSO playing the guitar, and being completely out of it and goofing off while not doing your primary job correctly.

Quote
HMS
Was Bill Wyman ever accused of "goofing around"?

Quote
Kurt
I know nothing and am not speculating.
He's been fantastic at the two shows I've seen.
But, I will drop this here and run...


Urban Dictionary: Goofin
To act strange or out of character whilst under the influence of Marijuana, Alcohol, Drugs, etc.
Ah man he's Goofin'
That weed has him Goofin'
He came into school Goofin' the other day!

That's a definition I don't recognise (probably a US one). I think we need to ask noughties what they think "goofing" means and where they have seen someone saying Ronnie does it.

My own definition of "goofing" would be harmless clowning around - which Ronnie does a lot of and always has, but these days it doesn't seem to hurt his playing. noughties and one or two others here seem to think it's something much more worrying - but they don't say what. So we are all talking at cross purposes.
Options: Reply To This Message•Quote This Message
Re: Ronnie`s goofing
Posted by: jlowe ()
Date: July 11, 2019 16:57

Quote
HMS
Was Bill Wyman ever accused of "goofing around"?

I don't think Keith is a goofer either.

Suprisingly, another Quiet One, George Harrison goofed around on stage when he was in the company of assorted Bonzos and Pythons.
But not when he was with Mr McCartney.
Options: Reply To This Message•Quote This Message
Goto Page: 123Next
Current Page: 1 of 3