"MoPoP is a nonprofit museum dedicated to contemporary popular culture, founded by Microsoft co-founder Paul Allen in 2000 as the Experience Music Project." Wow, this design is so nice and bursting with color and energy -love the warpy psychedelic essence - might have to buy a t-shirt and/or poster for myself!
Easily ranks up at the top - might even be the best one yet imo!

Thanks Irix for posting all of these as I always look forward to them for each and every show.

Looking forward to what the next few designs will be!

Building was designed by architect Frank Gehry.
Most locals really didn't like it for some time.. grew on everyone over time though. I've always liked the design.

Funny you say that as when I was growing up in Santa Monica, Frank Gehry moved in nearby in the late '70's and built his own house (built around an existing house) that most considered a horrible eyesore.
Of course he was on the cutting edge of architectural designs, and his house eventually became famous. Here's a wiki story about it w/pics: Frank Gehry Santa Monica

"When Frank Gehry built his first Santa Monica home in 1978, an outraged neighbor shot at it one night.
Forty years later, his new home in the beach city is part of an architectural tour
Gehry's new house showcases the style made famous by his first residence on 22nd Street and Washington Avenue --
chain link fencing, raw redwood beams and glass skylights jutting askew.".

More designs from Frank Gehry -some famous (and some infamous): Architecture

People not only didn't like the design for the museum, but it was genuinely hated by many. "Looks like the Space Needle dropped it's clothing on the ground" was a popular critique.

Interesting the Stones didn't mention the architect in their blurb about the poster.
Paul Allen took a lot of heat over this for a while

"Gehry looked to music for his inspiration when designing the Museum of Pop Culture in Seattle. He bought several electric guitars and cut them into pieces, serving as the building blocks of his design."

Anyone do any VIP packages and get the VIP lithos?

From [www.eBay.com] - 4 generic VIP-Lithos for all Shows: 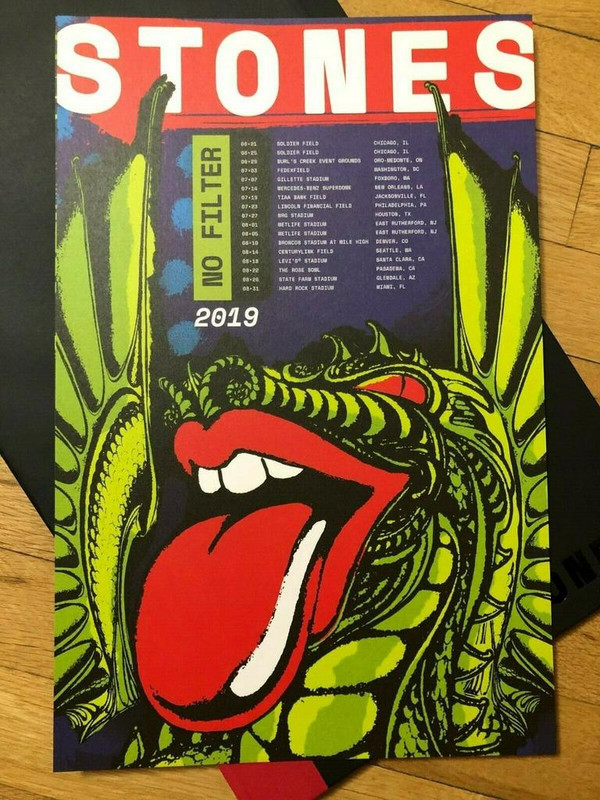 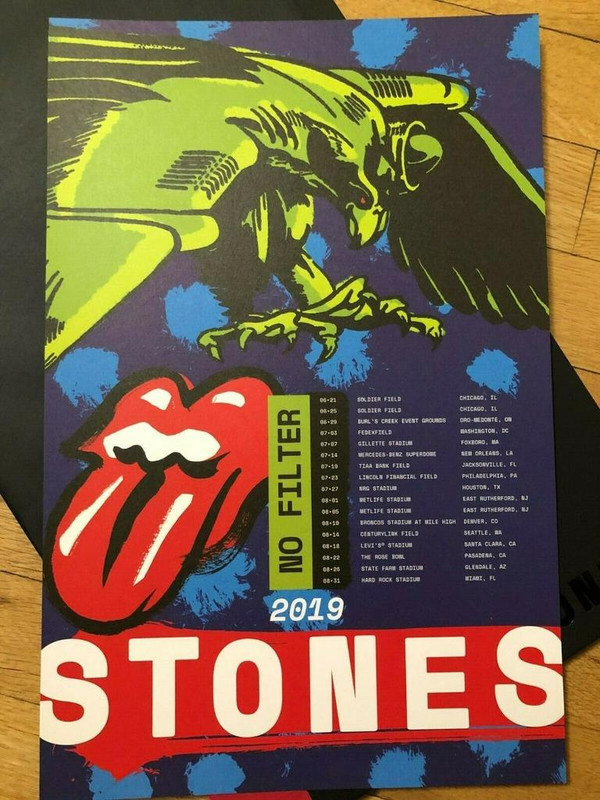 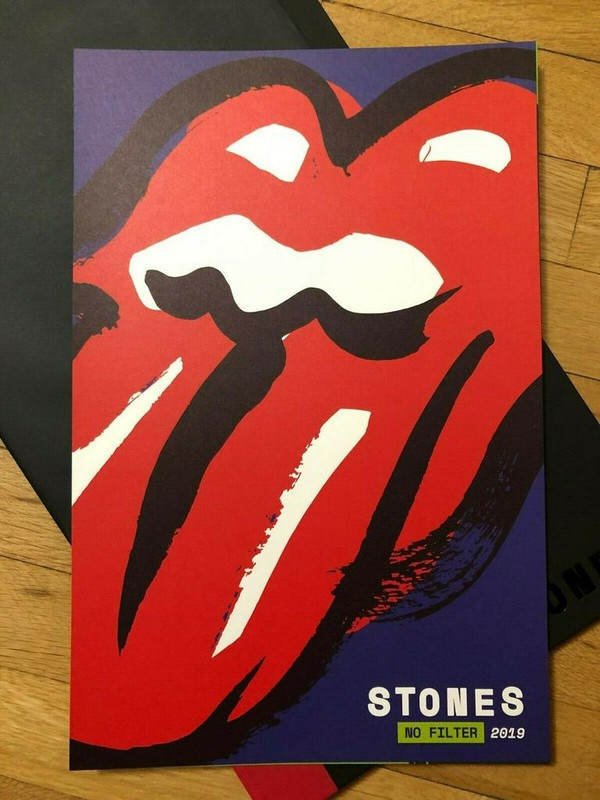 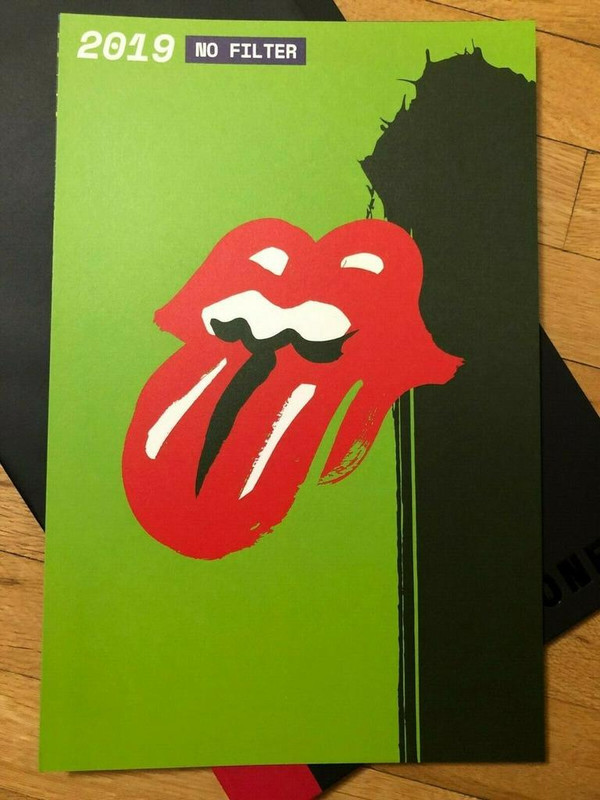 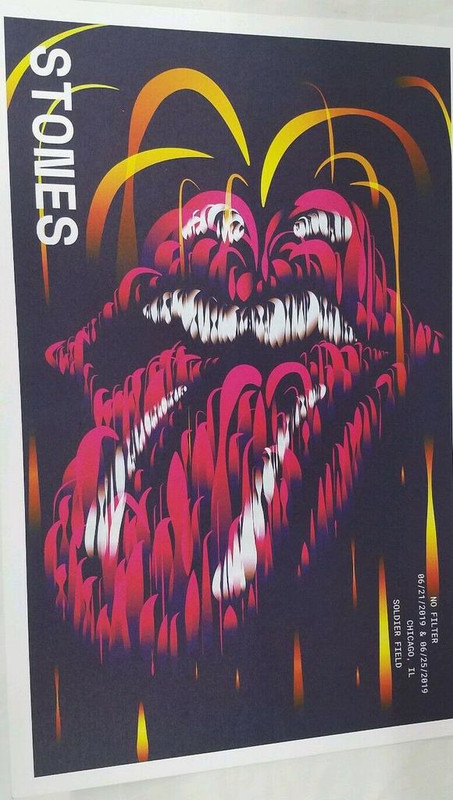 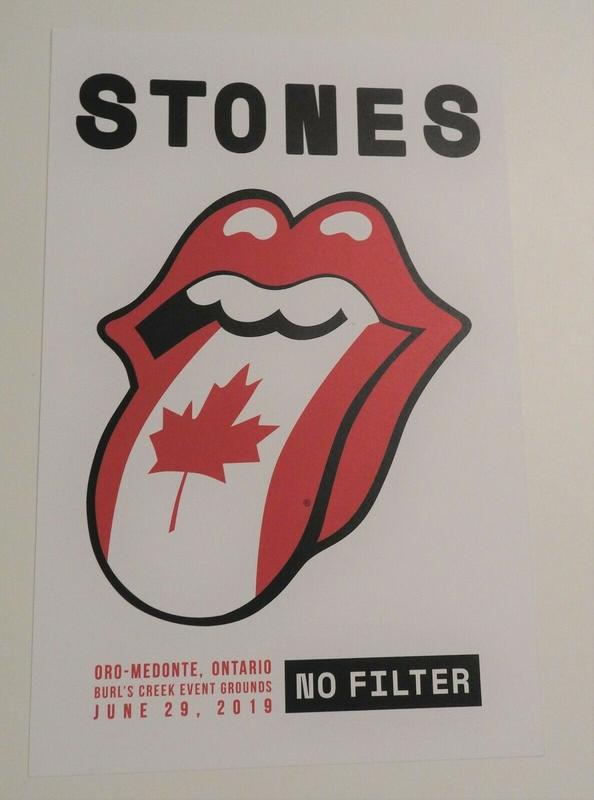 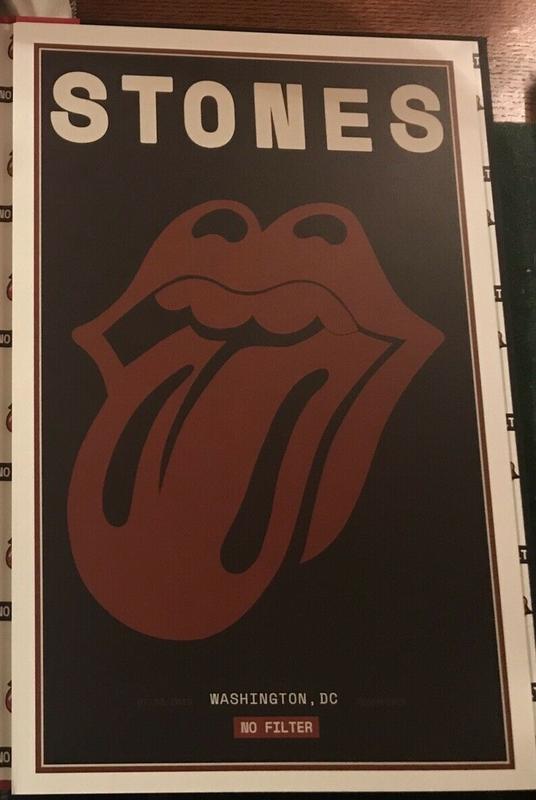 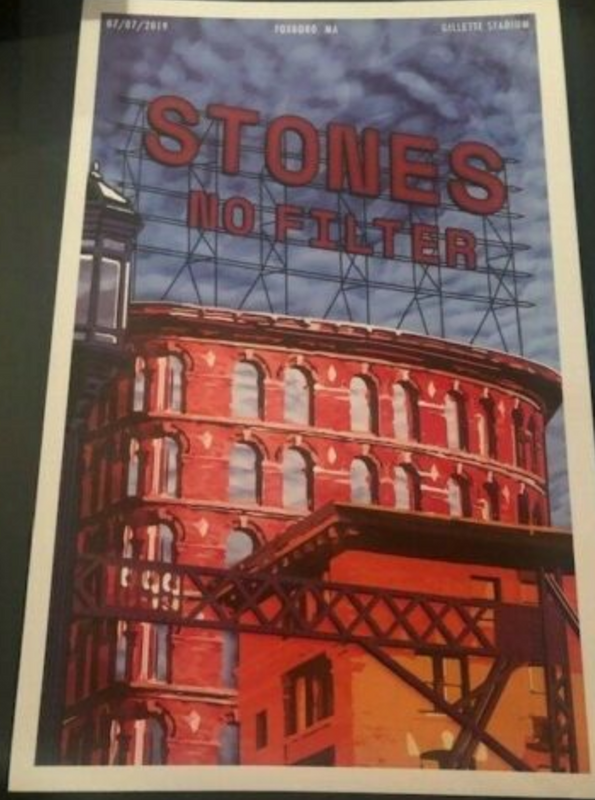 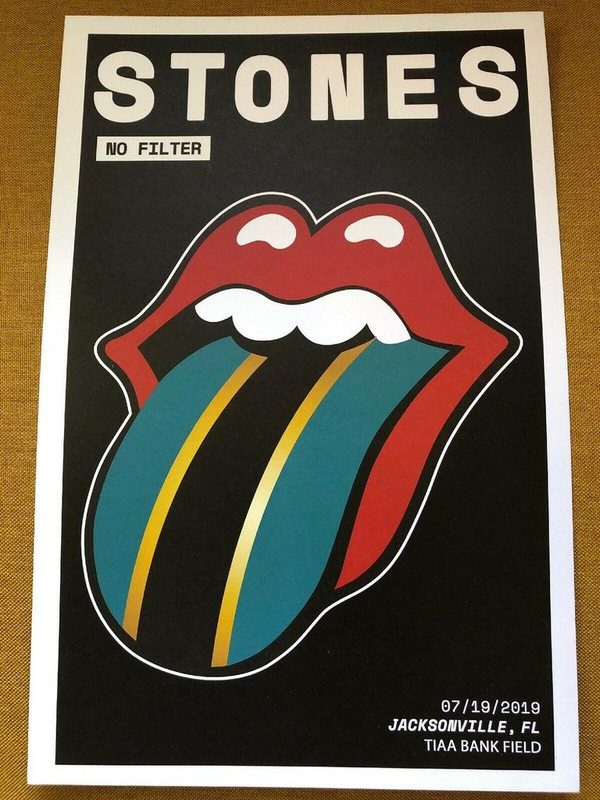 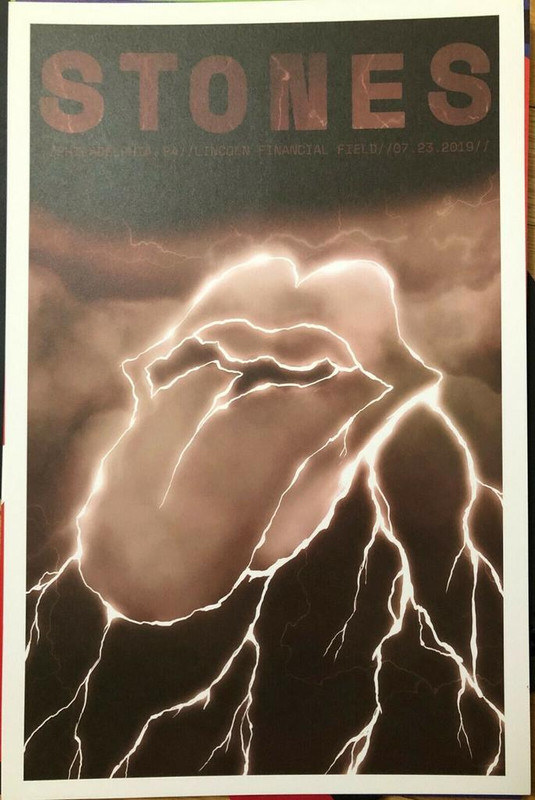 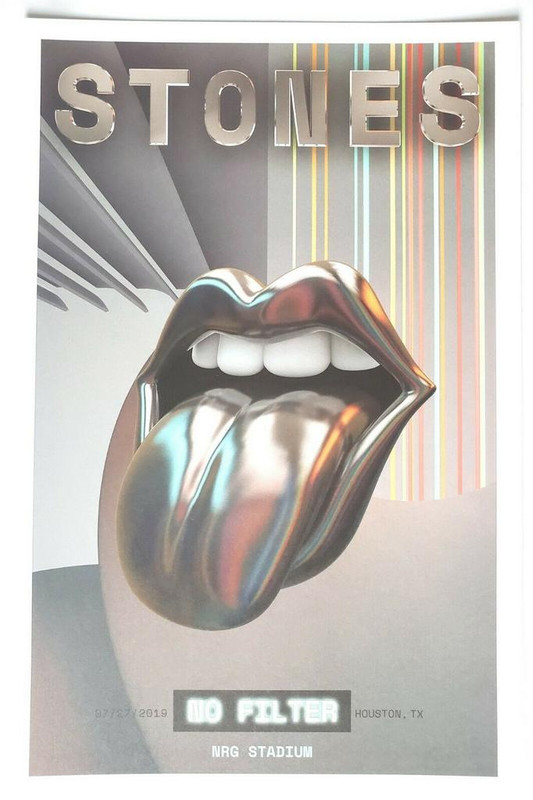 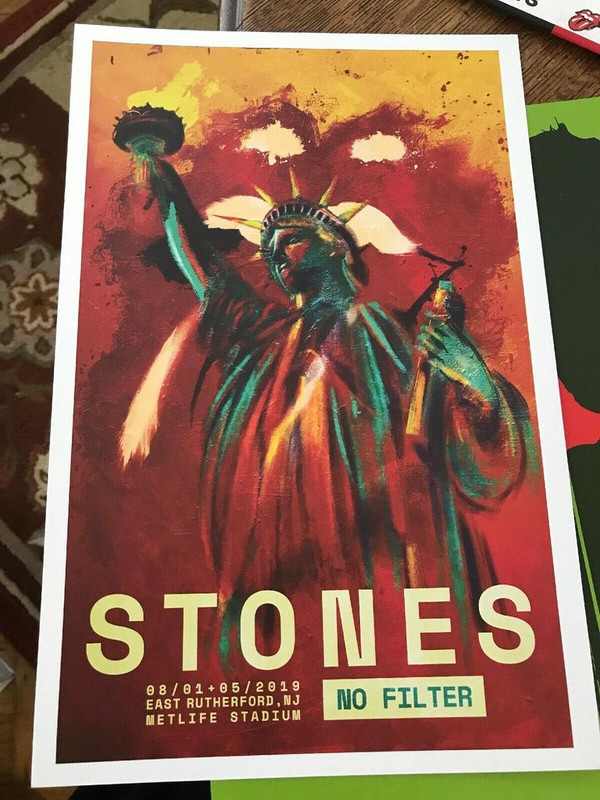 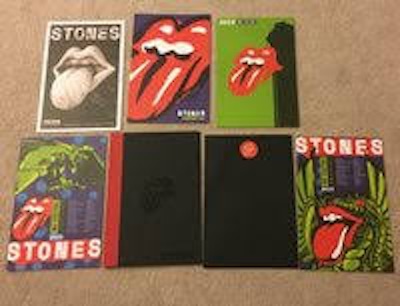 (No better picture available yet) 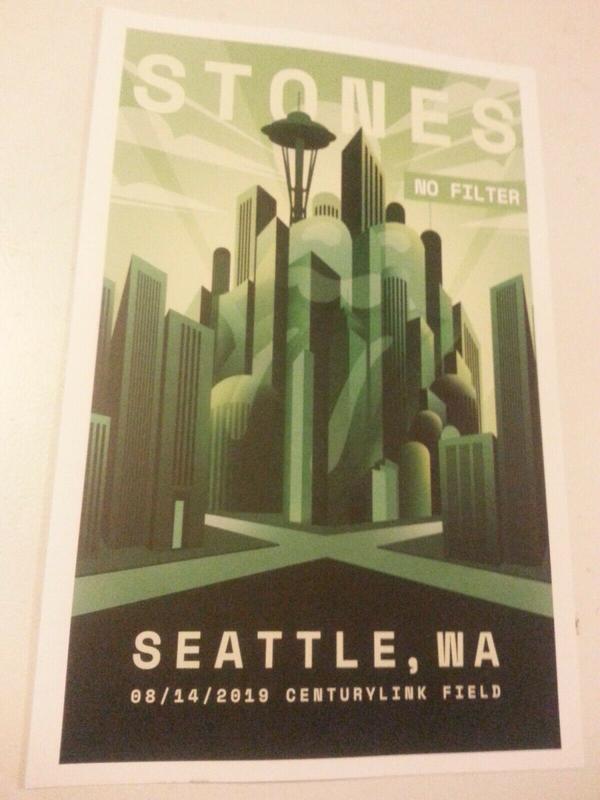 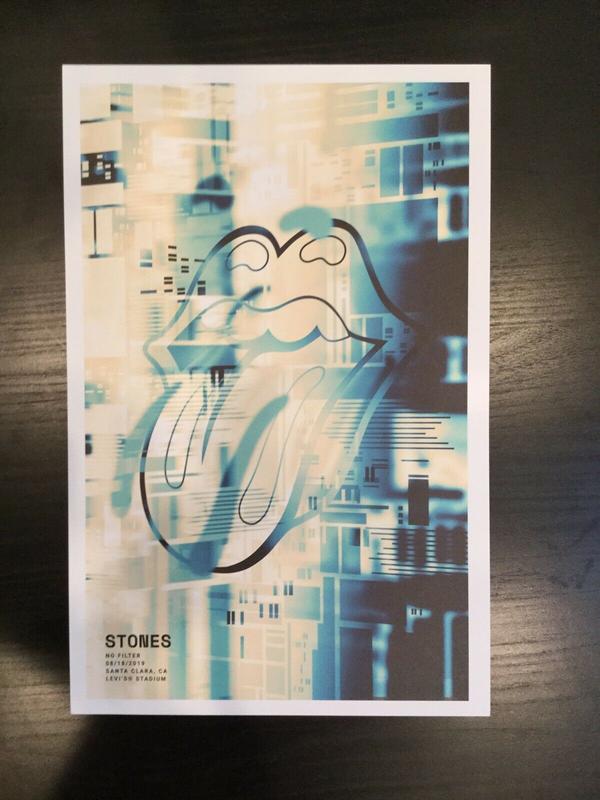 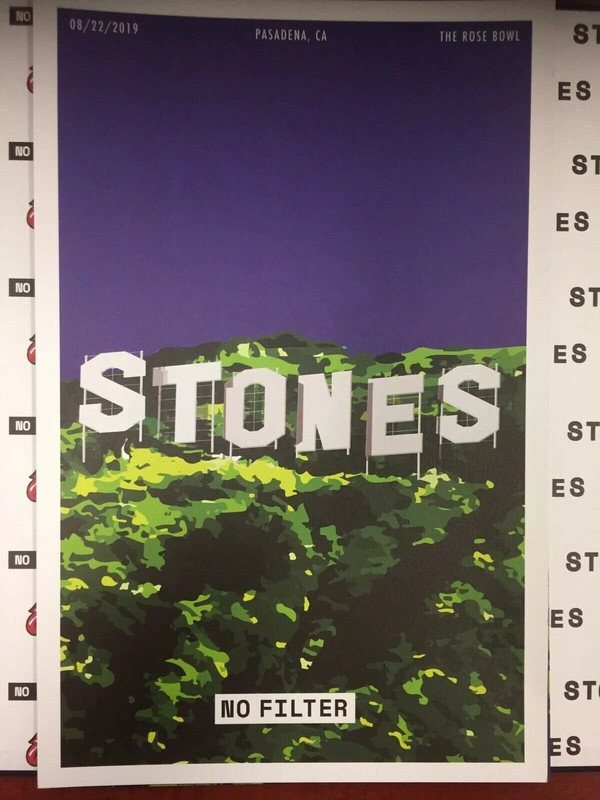 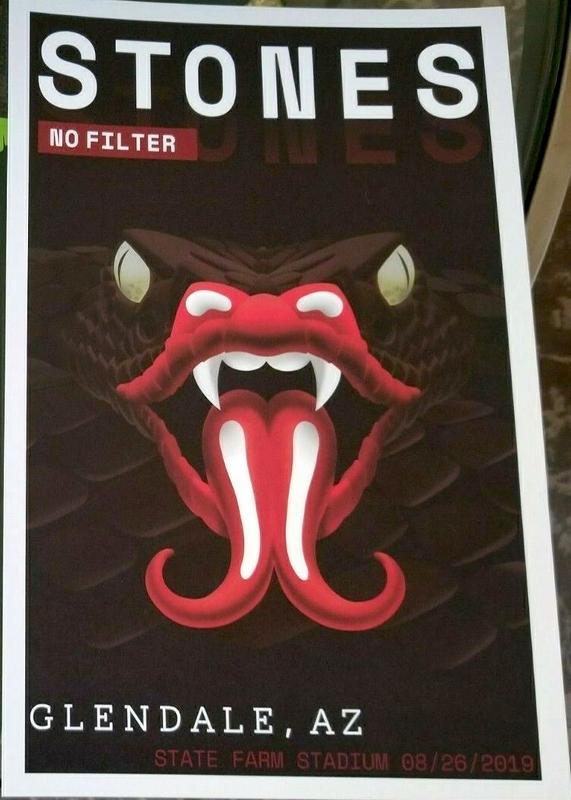 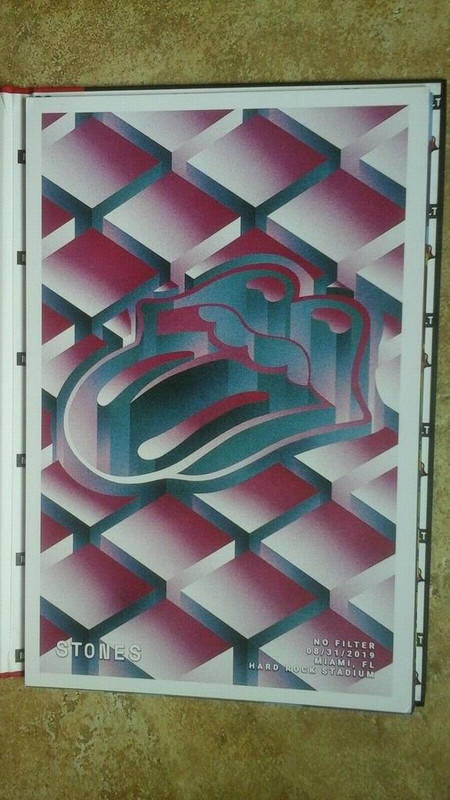 "The Golden Gate Bridge is so important because it was the first way that didn't involve ships or ferries to get people or cargo efficiently from the San Francisco peninsula to all points north, like Marin, Napa, Sonoma, the redwoods, the north coast up to Oregon and beyond." 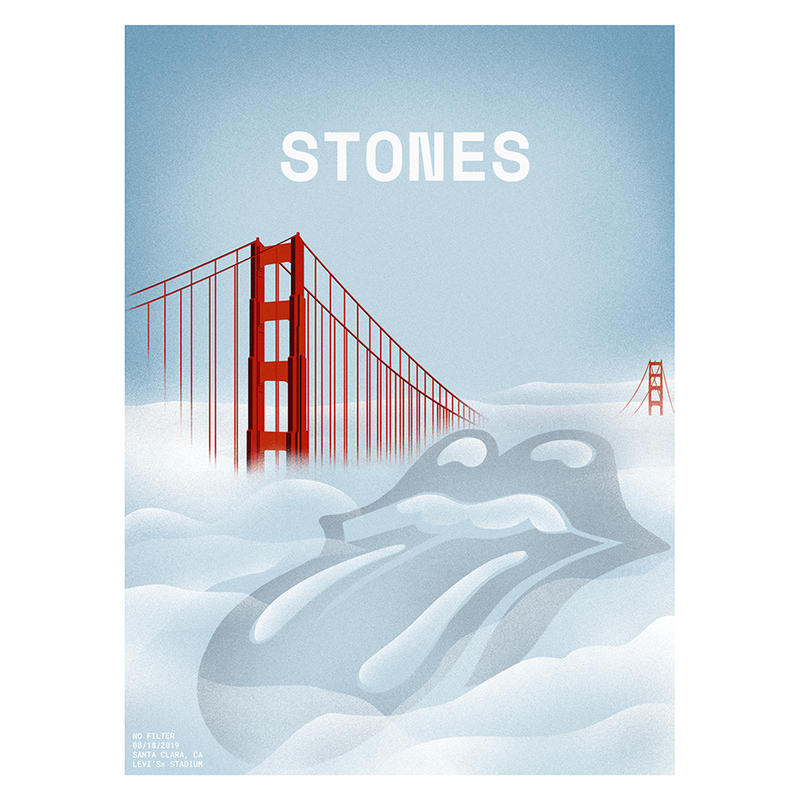 The tongue smothered in fog - overall a bit washed out looking (though not as drab as the Denver design), and will buy one as it should look great in a frame.
The t-shirt itself is white so it really looks washed out...probably have to pass on that one. 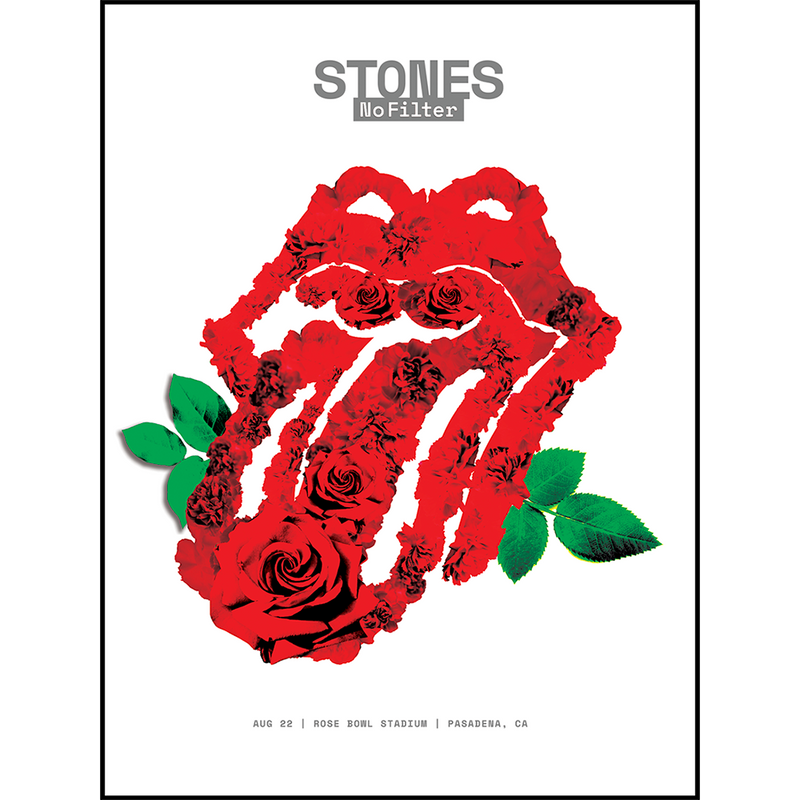 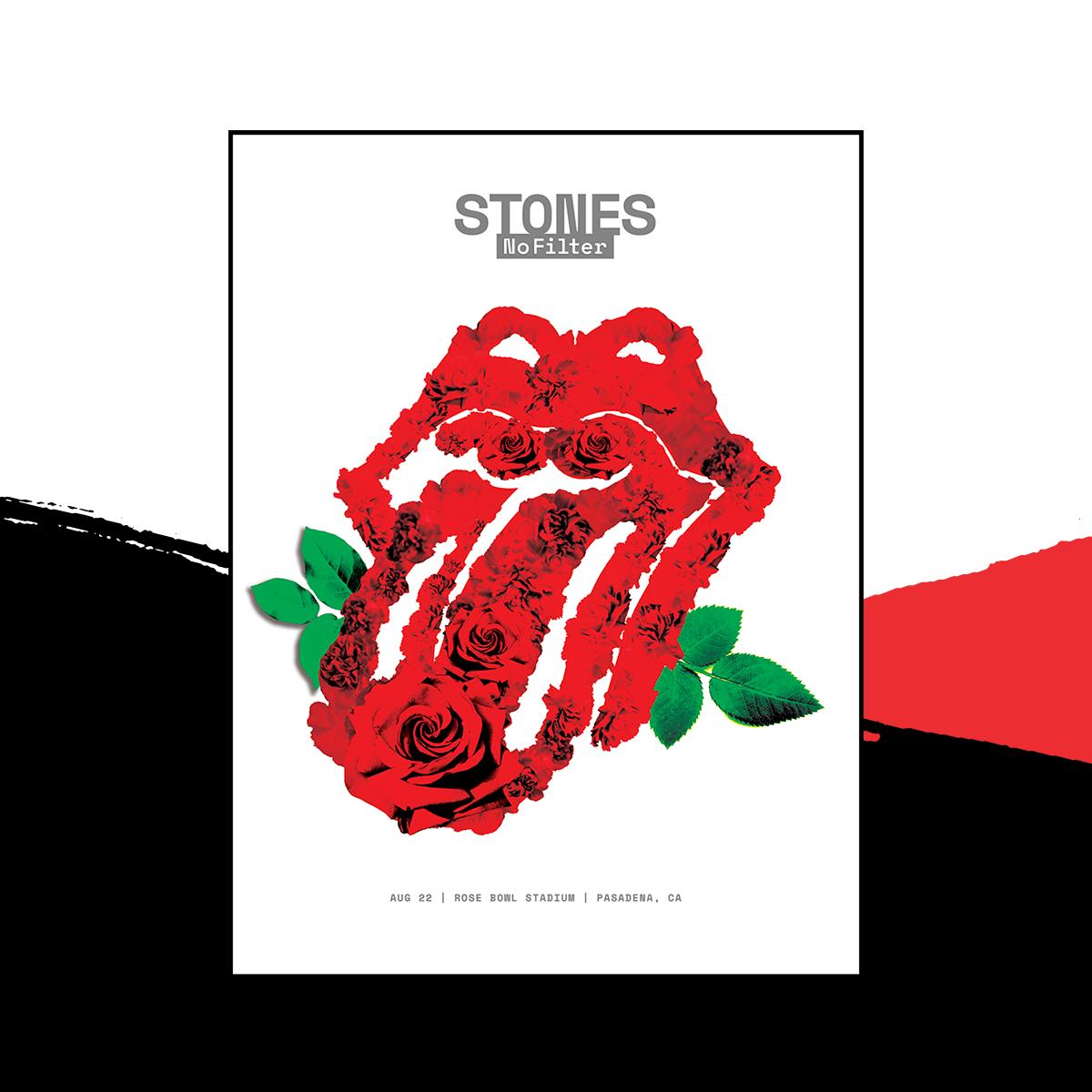 The tongue smothered in fog - overall a bit washed out looking (though not as drab as the Denver design), and will buy one as it should look great in a frame.
The t-shirt itself is white so it really looks washed out...probably have to pass on that one.

Agree somewhat.. but they have been pretty consistent about emphasizing some of the shows as being "in the area".. Stadiums in NYC or SF etc not as feasible, so I'm glad they are doing "in the area" lithos.
Already framed the SF one.. made it home safe and sound! 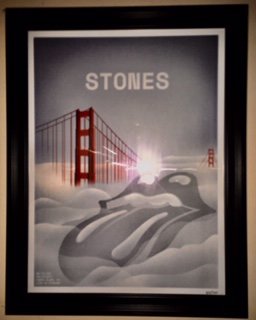 , but not crazy about it either.
Reinforces my opinion that the best ones are always based on real things

Perhaps the shirt would work better after seeing it in person.
Options: Reply To This Message•Quote This Message
Re: No Filter 2019 Tour Posters
Posted by: Hairball ()
Date: August 22, 2019 20:16

Quote
TumblinDice76
At first glance, I didn't like but it kind of grows on ya! May have to pick this one up even though I won't be going.

Maybe so, but it's the choppy computer rendering technique that cheapens it vs. the smooth airbrushed look and style of Chicago #2 and Santa Clara.
Had this design been rendered with that technique (with a little more time and effort maybe), would have looked much nicer imo.
As is, looks amateurish photoshop, and the wreath-like tongue logo...it's just not very creative.

Even the white areas should be made up of roses.
Oh well.

Red roses and white roses...
Could have looked great.

Dammit, they should have hired you schillid!!!
Maybe during the next leg of the tour...

And in the case of this design, my first impression wasn't very favourable, though it did grow on me within a couple of viewings (especially seeing it in person) and had to buy the litho!
Not so with this Rose Bowl design - in fact I like it less and less the more I look at it!