Goto Thread: Previous•Next
Goto: Forum List•Message List•New Topic•Search•Log In•***Print View
Goto Page: Previous12
Current Page: 2 of 2
Re: OT R.E.M. and related bands
Posted by: djgab ()
Date: September 24, 2018 23:10
I really like REM. I think I discovered Patti Smith through their collaborations that I found very good.
I has to the chance to catch them live in 2005.
To my ears, Green is a very good sounding album on vinyl. Maybe it is due to the mastering ?
Options: Reply To This Message•Quote This Message
Re: OT R.E.M. and related bands
Posted by: StonedAsia ()
Date: September 25, 2018 14:17

Quote
StonedAsia
Not a fan of R.E.M. myself. Did play on the same bill with them several times in the very early days in Chapel Hill/Carrboro, NC. I remember them being a little stand offish but otherwise, fun days. Other bands that I think were better and deserved more recognition would be: Snatches of Pink, Let's Active, Dexter Romweber (and sis Sarah), Fabulous Knobs, etc. The Triangle area of NC gave birth to some damn good music in the 80s. Ah, The Pressure Boys as well.

hey StonedAsia, i remember those bands and just recently saw Mitch Easter in Carrboro, with his new outfit Balderdash LTD.. Let's Active, Flat Duo Jets, as you say the Triangle area of North Carolina, yes there were some excellent bands. Especially including Winston-Salem, and the dB's..

so can i ask, who were you playing with during the early R.E.M. tours, I guess your band opened?

I played with George Hamilton V. We often went under the names of Hege V, The Pegs, and whatever else just to shake things up lol....fun days indeed. Was, and still am, a huge fan of Rick Miller and Southern Culture on the Skids! Awesome band. Miller, in those days, was a great guy. A lot of the local bands rented a studio/practice place on Lloyd Street in Carrboro which eventually became Lloyd Street Studios. We all jammed together, shared strings and drum sticks and have a hell of a time. And by we, I mean Mitch Easter, the Romwebers, etc. Even the Bad Brains stopped by after a show and nearly blew our eardrums out. Damn fine memories.

Never opened for REM but did for the GoGos, Bad Brains, Circle Jerks for example. 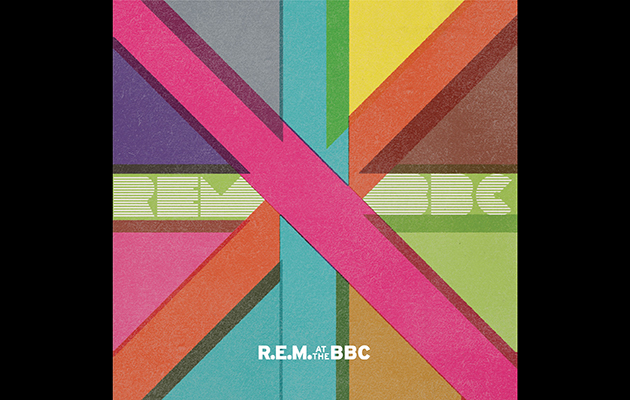 Quote
Kurt
My soundtrack for the last few days has been this BBC release...
marvelous!

Imho the award should go to the Pixies or The Gun Club. Imho again, REM are the sons of the "soft rock" 70's trend which bores me to death.
Options: Reply To This Message•Quote This Message
Re: OT R.E.M. and related bands
Posted by: Javadave ()
Date: October 24, 2018 02:26
The 80's had a few great American bands:

Meat Puppets
Uncle Tupelo
The Replacements
Camper Van Beethoven
Options: Reply To This Message•Quote This Message
Re: OT R.E.M. and related bands
Posted by: Hairball ()
Date: October 24, 2018 03:01
The Gin Blossoms were pretty darn good too I thought. Sad story about their guitar player/main songwriter though.

Gin Blossoms named their second album New Miserable Experience. In February 1992, while still working to complete it, founding member and lead guitarist/songwriter Hopkins drank heavily and grew increasingly depressed during the process. With the other members hesitant to fire Hopkins, A&M forcefully removed him from the band and withheld $15,000 owed to Hopkins until he agreed to sign over half of his publishing royalties and relinquish his mechanical royalties. Hopkins reluctantly agreed to these demands because of his dire financial situation.[5] Scott Johnson was chosen by the band as Hopkins' stand in on tour, and became a permanent member in 1994.

The first single released from it was Hopkins' song "Hey Jealousy". It reached No. 25 on the Billboard Hot 100 and No. 4 on Billboard's Mainstream Rock Tracks, largely fueling the success of New Miserable Experience. However, the achievement was overshadowed by Hopkins' suicide on December 4, 1993.[6] The following year, another song by Hopkins, "Found Out About You", also reached No. 25 on the Billboard Hot 100 and climbed to No. 1 on Billboard's Modern Rock Tracks.