He needs an arresting image for the cover, and one that is not covered by copyright

Two further factors:
1. A lot of people will be viewing the 'book' on smartphone or similar so cover design has to look good when small
2. The release has to work for young people and newcomers to the Stones i.e. not just the experts on this board

Many thanks in advance

i could offer you (or john perry) to take a look at my artproject 'exhibition on main st'. all copyrights are on my side.

here is my cover/poster for my exhibition, i designed it in the style of the album, maybe this could be an opportunity for you, too:

you may also have a look at all 50 artworks of this series at:
[exhibition on main st]

if you have further questions, feel free to get in contact with me via my website (kontakt).

best regards,
artofstone
Options: Reply To This Message•Quote This Message
Re: Can IORR help ? Exiles image needed
Posted by: johnnythunders ()
Date: June 20, 2014 21:31
Thanks to all for suggestions so far - any more for any more?

Quote
johnnythunders
Thanks to all for suggestions so far - any more for any more?

So cool. Will be thinking about it...but in the meantime did he approach any of the usual Nellecote photogs to ask for copyright waiver? What had been the cover photo?
Options: Reply To This Message•Quote This Message
Re: 'EXILE ON MAIN STREET The Rolling Stones' by John Perry
Posted by: bye bye johnny ()
Date: June 20, 2014 23:15
Cover was a Peter Webb 'Sticky Fingers' photo: 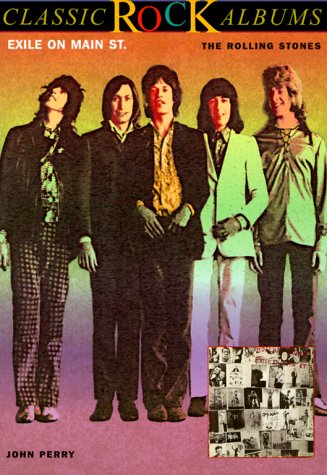 Thanks and I will mail some images
Options: Reply To This Message•Quote This Message
Hip Shake - Live ?
Posted by: johnnythunders ()
Date: July 15, 2014 16:27
John Perry is updating his Exiles book. He has asked whether the august IORR forum could advise him whether Hip Shake was ever played live (other than the '72 OGWT Montreux rehearsal)

Along with IORR, these resources might assist with Mr. Perry's research:

Quote
Gooo
True the bonus material is a waste

No it's not; it's an elaboration.

Everyone quotes the ANDY JOHNS line about coming back at 6am to record the second rhythm guitar on ROCKS OFF. Gets quoted over & over & over.

But the original quote (unless someone has mangled it) seems to be saying
the track recorded on return is not Rocks Off but TUMBLING DICE.

"It went on for ages. When Mick came back from Paris for the first time
he seemed happy with the sound. And Keith would sit down stairs and at
one point he sat there for 12 hours without getting out of his chair
just playing the riff over and over and over.

And then one night, it was very late, four or five in the morning, Keith
says, ‘Let me listen to that take again.’ And he nods off while the tape
is playing. I thought, ‘Great. That’s it. End of the night and I’m out
of here.’ So I go back to my place where I was staying. (Horn
player/arranger) Jim Price and I had this villa. It was pretty spanky.
[swanky?] I’m
tellin’ you. A half an hour drive. I walk in the front
door and the phone is ringing. I pick it up and it’s Keith. ‘Where are
you?’ ‘Well, I’m obviously here ‘cause I answered the phone.’ ‘Well you
better get back here, man, ‘cause I have this guitar part. Come back!’

And I returned and it’s now six in the morning and he played the counter
rhythm guitar of “Tumbling Dice” which was another Telecaster track, a
second rhythm track, the whole thing just came to light and it just knit
the whole thing together. That was one of my favorite tunes. Keith used
to sleep with his guitars.

It was a very busy mix. It was very difficult to mix. At Sunset Sound I
tried mixing it a couple of times and it wouldn’t work. On the last
batch Mick called up and said ‘Come back. We can’t beat your mixes.’ I
mixed about another 12 songs in a marathon session. I would just leave
the booth to have a piss and just go back in the room and that was it.
For some reason I brought ‘Tumbling Dice’ up and it just started to
work. Sometimes it happens that way."

Can anyone here shine a light on this?

Thanks
Options: Reply To This Message•Quote This Message
Re: John Perry "Exile" book reissue
Posted by: Brown Moses ()
Date: July 17, 2014 19:08
I have this book it's excellent.

I would like to see John comment on anything that has come to light since it was first published although I guess that would largely be the Exile bonus tracks.

Why don't you use a good quality scan of the cover of the well known TMOQ boot Welcome To New York ?
Surely not copyrighted ?

Quote
johnnythunders
Everyone quotes the ANDY JOHNS line about coming back at 6am to record the second rhythm guitar on ROCKS OFF. Gets quoted over & over & over.

But the original quote (unless someone has mangled it) seems to be saying
the track recorded on return is not Rocks Off but TUMBLING DICE.

The Only Ones' debut album is one of the best albums I have ever heard.
Options: Reply To This Message•Quote This Message
Re: John Perry "Exile" book reissue
Posted by: GoinSteady ()
Date: July 21, 2014 23:47

The Only Ones' debut album is one of the best albums I have ever heard.