Goto Thread: Previous•Next
Goto: Forum List•Message List•New Topic•Search•Log In•***Print View
how many hours?
Posted by: Virgin Priest ()
Date: October 28, 2012 13:24
Since 2007 I read most of those “Can Keith still do it?“-threads. I read them almost every day, every week, every month.... all over the years.

It took me dozens of hours to read all those threads. And it took dozens of hours for our IORR-friends to write them all. How many hours did it take to read them for all of us? Hundreds? Thousands?

This morning I saw the short snippet from the Paris show; JJF.

What a surprise: Keith CAN still do IT !!

I´m cracking up laughing. What a joke!

We even could have listened to STICKY FINGERS or EXILE.

Quote
Virgin Priest
This morning I saw the short snippet from the Paris show; JJF.

What a surprise: Keith CAN still do IT !!

A couple of years ago, when reports of Keith's supposedly under-par playing came in, people here defended him by saying that one can't judge his playing by watching short YouTube clips.

Now you do the same,only the other way round. 1 minute of JJF convinces you that all is well.

Recently, according to this RS article, even the Stones themselves admitted that there were "problems" with Keith during their ABB tour.

Can he still do it? Let's reserve our judgement until at least the 4 announced major shows are played.
Options: Reply To This Message•Quote This Message
Re: how many hours?
Posted by: gotdablouse ()
Date: October 28, 2012 14:27
Yeah he did it fine for one hour and ten minutes at the Trabendo and he was about 4 meters way from me, sometimes 1 meter away, so I think I would have seen any major problem. I don't see why a two hour show would be an issue. Did they have doubts he could pull it off at some point this year, possibly, maybe he did too, he's not an idiot, but apparently he was in a great mood on Friday so he must have "passed the audition" as Lennon once quipped ;-)

Sure he's fleshed out his playing, no longer the monster rythm pumping of 72/73, but hey you've got to play to your strenghts and isn't his best guitar part ever the fleshed guitar of HTW ?
Options: Reply To This Message•Quote This Message
Re: how many hours?
Posted by: Munichhilton ()
Date: October 28, 2012 15:45
Keith is fine. People here are out of touch and in the habit of manufacturing.
Comparing a 70 year old to a 26 year old is very IORR. 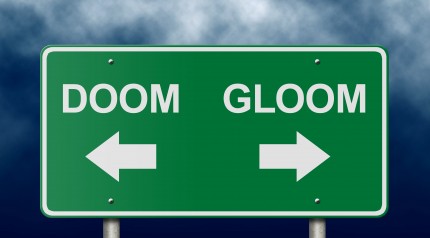